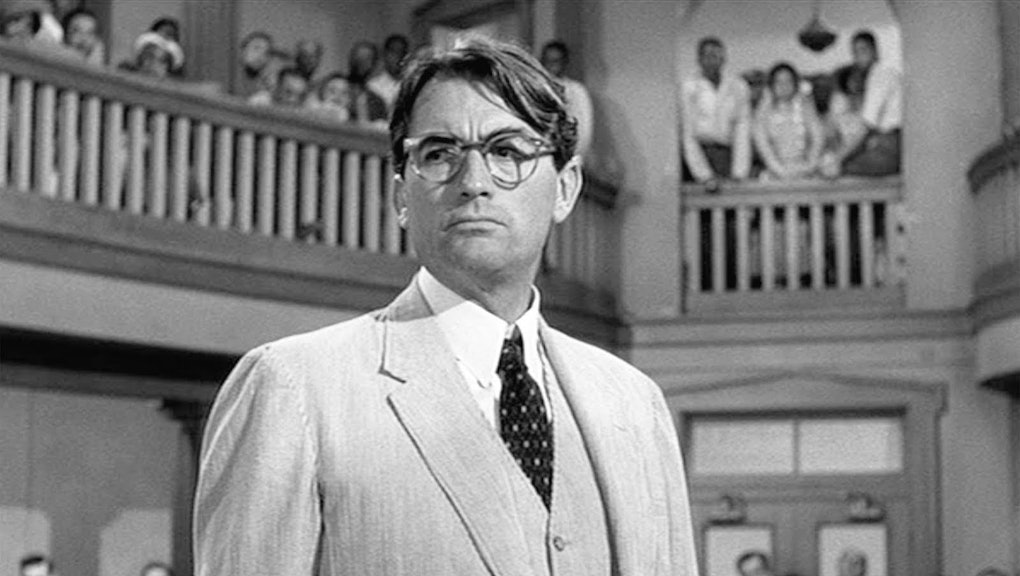 Atticus Finch Is Racist in Harper Lee's New Book, and People Are Furious

A once-great hero has been tainted for many: Atticus Finch is a racist.

According to the New York Times review of Go Set a Watchman, Harper Lee's new book and the much-discussed sequel to To Kill a Mockingbird, the man who once stood against the evils of racism once attended a Klan meeting and talks about "Negroes" as second-class citizens.

Rather expectedly, readers excited for Go Set a Watchman did not take this well.

The last of those tweets brings up a point of tension — that there were huge questions over whether Lee actually wanted to publish this book. It is, after all, the first draft of To Kill a Mockingbird. Flashback sequences to a young Scout were expanded and turned into the first book, while this manuscript remained unpublished for decades.

Some may want to ignore Go Set a Watchman to keep their memories of Atticus Finch intact. He was a figure of idealistic hope that inspired parents to name their children after him. As New York Times reviewer Michiko Kakutani put it, "he was the perfect man — the ideal father and a principled idealist, an enlightened, almost saintly believer in justice and fairness." It's understandable, and there's nothing forcing anyone to read this sequel.

But the summary rejection of a book based on how it develops a character says more about the rejector than it does Atticus or Lee.

In Kakutani's review, it's made clear Scout — now called Jean Louise — is horrified by Atticus' shifting views. He's a "source of grievous pain and disillusionment," leaving her "baffled and distressed." As the critic guesses, readers will probably feel that way as well. From the looks of the Internet this weekend, she was right.

That's why this shift in character is so fascinating, though. Atticus was previously seen through the eyes of a young girl looking up to her father. It makes sense that she'd see him as a chivalrous knight and a beacon of justice. Visiting him again, learning he's not what she remembers him being; that's powerful. It's also haunting.

The experience of finding out beloved heroes are not flawless creatures but merely human is a universal one, and incredibly difficult. That's why many readers are so horrified at the news of this change. Accepting Atticus Finch as a racist means accepting a father who still says "colored." It's coming to terms with a grandmother who doesn't think marriage equality should exist for her gay grandchild. It's the reality of an uncle who still calls Caitlyn Jenner by her birth name.

Accepting Atticus Finch is a racist is accepting the ugliest truths of our heroes. That is a tremendously hard thing to do for many. Choosing to discard Go Set a Watchman and all it brings is an understandable choice. Choosing to read it is a brave one.

Accepting Atticus Finch is a racist is accepting the ugliest truths about our heroes.

It remains to be seen whether Go Set a Watchman will still sell well after this revelation. Chances are the curiosity factor will outweigh disgust with Atticus' new persona. After all, we're all taking Kakutani's word as law — hers is the only review released as of Saturday morning, and only the first chapter is public so far.

But for all those heartbroken about Atticus Finch, take heart: There's a copy of To Kill a Mockingbird out there waiting for you. That hero, the one young Scout sees as perfect, will always be there.