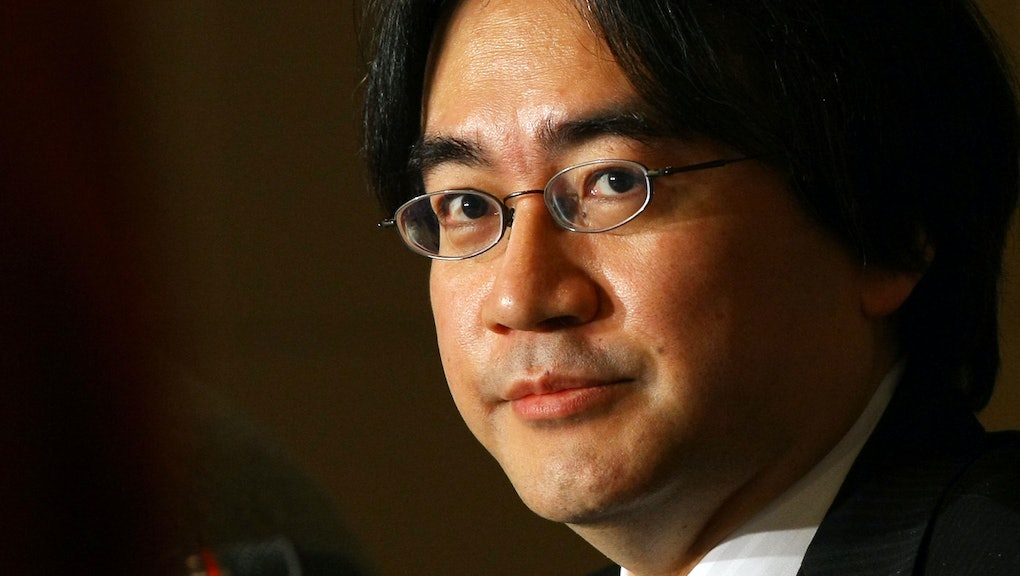 Nintendo has announced the passing of its president, 55-year-old Satoru Iwata, who died from cancer on July 11. He joined Nintendo in 2000 as the company's director before climbing to president two years later and then to CEO in 2013. Besides shouldering the weight of the most prolific gaming company in the universe, Iwata also introduced the Nintendo DS and Nintendo Wii gaming systems.

The gaming community is devastated. As Nintendo fans catch wind of the announcement, which was made early Monday morning in Japan but late Sunday in the United States, reactions of sadness are rolling in.

The GIFs above are from Earth Bound Text Labs, an engine that lets users plug in text to look like the scrolling messages in the Nintendo game Earthbound, one of the games created with Iwata's help. Earthbound developed its own cult following after it failed to meet sales expectations when it came out in 1994 (it doesn't hurt that Ness, its lead character, became an underdog favorite in Nintendo's Super Smash Bros. years later).

In fact, Iwata was one of those programmers who had a hand in creating most of the best-known games since the '80s. Besides Earthbound, he helped bring to life Kirby, Mario, Animal Crossing, Super Smash Bros., The Legend of Zelda and the Pokémon games.

Long before Iwata became the chief at Nintendo, he prided himself on being both a developer and a passionate gamer, which made him so beloved as the company's leader.

It's strange to think of one man being so integral to the childhood development of millions of children, but that's what Iwata was to the generation that grew up playing his games. Those gamers are now speaking up on Twitter to give 140-character eulogies to someone who indirectly kept so many of them company.

It's the end to an incredible legacy, and the gaming community feels it every time they hit "Start." Rest in peace, Satoru Iwata.