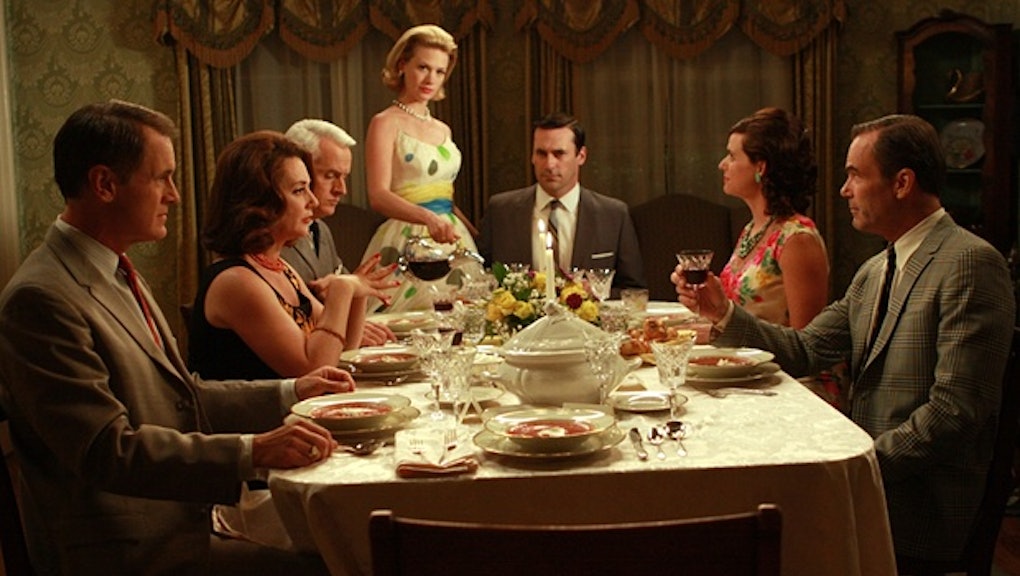 This New Study Explains Why White People Deny Their Privilege

From the disproportionate mass incarceration of people of color, to this nation's stark racial wealth gap, to the overwhelming police brutality people of color face, it's clear that systemic racism is alive and well in America. But while we have at least started a widespread dialogue about racist behavior, it seems we're lagging behind in addressing the dynamics of one of its crucial motivators: white privilege. A new study published in the Journal of Experimental Social Psychology, however, finally offers insight into how and why such privilege persists.

It turns out, white privilege may endure not because white Americans uniformly hold racist beliefs about others, but more likely is based on their beliefs about themselves. When people are "faced with evidence that their group benefits from privilege," the study's authors write, they not only fail to take responsibility for such benefits, but find those claims "threatening" and even "claim hardships to manage this threat." Essentially, white people may accept that "group-level inequity" exists but deny that they personally benefit from that privilege in order to protect their own self-conception.

The process: The researchers conducted three studies to examine this dynamic. Pacific Standard reported that in the first, subjects completed a survey concerning their beliefs about inequality in America and the degree to which white people in this nation may be advantaged.

One group took the survey after reading a paragraph about evidence of white privilege, while the other did so without any additional influences. Participants also completed another survey that addressed their personal memories about hardship. Respondents were more likely to position themselves as victims, to claim that they had experienced hardship, when exposed to the paragraph that demonstrated white privilege exists, the researchers found.

The final experiment drew opinions from an online pool of Americans, according to Pacific Standard's report, and revealed that when confronted with evidence of their privilege, the 234 white participants felt their personal identity was threatened. While white people may accept that white privilege exists, they correspondingly "change their perceptions of their own lives in order to deny the role of systemic advantages in their success," to protect their self-conception, the researchers wrote.

Additionally, to protect this belief that success is attributable to hard work rather than systemic advantage, white people who deny white privilege are also more likely to reject affirmative action policies or other policies that could create a broader landscape of equality.

The authors of this study are not the first to interrogate white privilege. Social media campaigns have pushed back on this idea, as have other scholars.

"White privilege is the other side of racism," author Paula Rothenberg wrote in her book White Privilege. "It is often easier to deplore racism and its effects than to take responsibility for the privileges some of us receive as a result of it."

Hopefully this study will serve as an important contribution to these efforts and encourage more white Americans to realize that claiming responsibility for white privilege doesn't mean sacrificing their sense of self, but rather laying the groundwork for a society in which all individuals have the ability to claim their true identities, free from oppression.