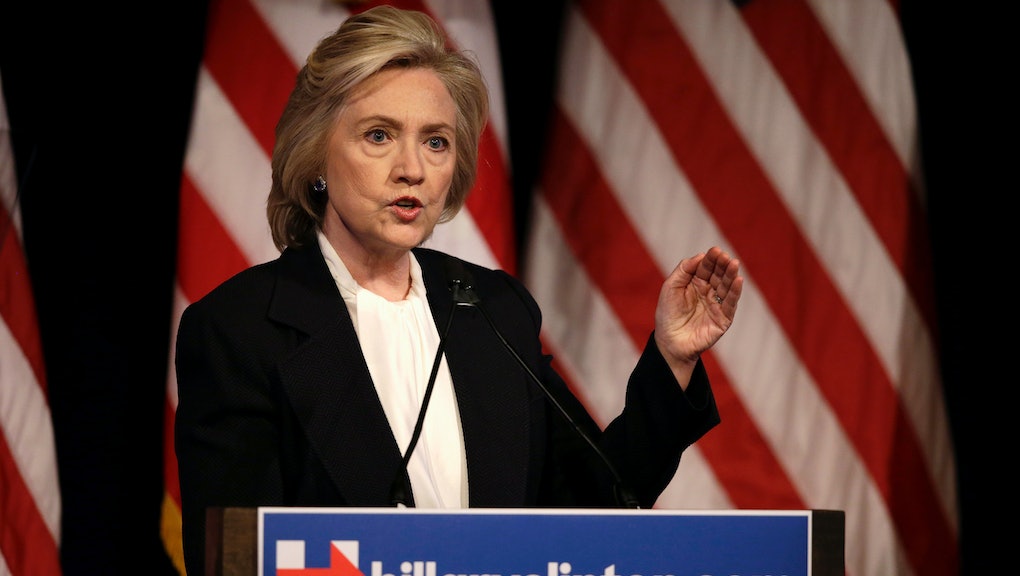 Democratic presidential nominee Hillary Clinton gave a major address laying out her economic vision at the New School in New York City on Monday, arguing for higher wages for workers and presenting a series of ideas to address inequality and boost employment.

Clinton also name-checked three of her Republican rivals by name, calling out former Florida Gov. Jeb Bush, Sen. Marco Rubio and Wisconsin Gov. Scott Walker, who announced hours earlier that he was entering the race for the GOP nomination.

She went after Bush directly for his comments last week that American workers "need to work longer hours" in order to boost economic growth, saying "he must not have met very many American workers":

"Let him tell that to the fast food workers marching in the streets for better pay," Clinton continued. "They don't need a lecture — they need a raise."

Turning to Rubio, Clinton said Americans need to "take a good look" at Republican tax plans, saying "Sen. Rubio's [tax plan] would cut taxes for households making around $3 million a year by almost $240,000, which is way more than three times the earnings of the typical family."

She continued, "That's a sure budget-busting giveaway to the super wealthy, and that's the kind of bad economics you're likely to hear from any of the candidates on the other side."

Clinton then set her sights on Walker, who formally entered the Republican race on Monday. In a riff on the importance of collective bargaining as a means of raising workers' wages, Clinton hit Walker for his repeated attacks on labor unions in Wisconsin, pledging to fight back against what she called "mean-spirited, misguided attacks":

"Republican governors like Scott Walker have made their names stomping on workers' rights."

This isn't the first time Clinton has hit her Republican rivals by name, but her decision to single out these three candidates in a major economic address suggests who she and her campaign see as the most threatening of the GOP hopefuls. In that light, the Bush, Rubio and Walker campaigns are surely pleased to have Clinton go after them by name.