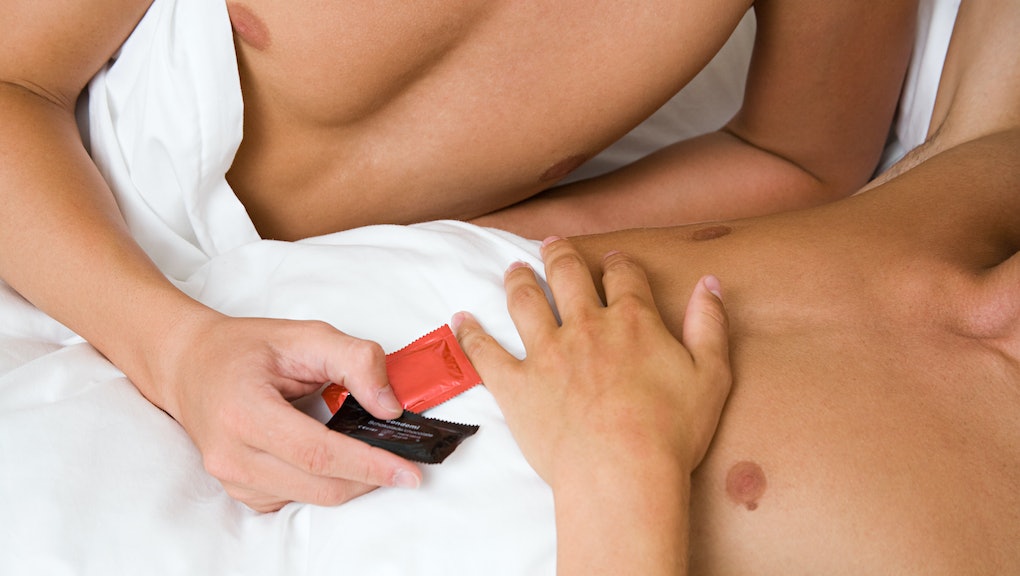 Do We Really Need a Tinder for People With STIs?

The latest of these Tinder knockoffs? A dating app for people with STIs.

The stigma is real: The launch of the PositiveSingles app prompts the inevitable question: Do we really need a Tinder for people with STIs? As it turns out, the answer is yes — but not for the reason you'd think.

The Centers for Disease Control and Prevention reports that there are currently 110 million cases of STIs in the United States, with roughly 20 million new infections popping up every year. That's an awful lot of people with STIs. Yet there's still a harsh and pervasive stigma associated with STIs, which leads many of us to assume that those who have them are somehow "dirtier" or more promiscuous than people who don't.

For many young people in the dating world who are dealing with these diseases (which, for the most part, are totally manageable), the social stigma associated with STIs can be often be worse than the actual condition itself.

"There's a terrible tendency to write off people with STDs in the dating world. On the general dating sites or apps, many singles with STDs are often rejected by others immediately after they disclose their condition. It's really not fair," Richard Cordova, a consultant for PositiveSingles, wrote in a press release. "Should they be denied an opportunity for love simply because they struggle with a disease? This was how the PositiveSingles app came into being."

A simple breakdown of the numbers on the PositiveSingles app suggests that many people find value in a service that bypasses the risk of STI-based rejection altogether. The website has approximately 750,000 users, with more than 637,350 users who have various types of herpes and more than 169,590 users who are HIV-positive.

A culture of shame and fear: While the success of PositiveSingles suggests that there is a need in the dating market for an STI-only community, some people worry about the potentially problematic implications behind the concept of self-segregation. Even though sites like PositiveSingles claim to offer a judgment-free zone, there's some concern that such communities will end up inadvertently playing into the shame game that they claim to be fighting in the first place.

"I can't help but think that in a world without such a strong social stigma about sexually transmitted conditions, we wouldn't need sites or apps like this at all," Ella Dawson, a writer who covers the topic of dating with herpes extensively on her blog, told Mic in an email. "I want to see a world where talking about your STI status is expected, not avoided. People who know their STI status shouldn't be the only ones who care about discussing sexual health with their partners. And I really don't want to see a dating culture where people with STIs self-segregate out of shame and fear."

"I think that we should encourage mainstream apps to be more inclusive for people living with HIV or any other STD," he told Mic. "Just because someone else has HIV doesn't mean we have something in common, so an app that pairs people with STDs together is a little insulting, honestly."

An inclusive future: For the millions of positive people in America who might prefer to stick to "safe spaces" of sorts, STI-positive dating websites and apps like PositiveSingles can be a good thing. But relying too much on these apps may be counterproductive, when the goal should really be to create judgment-free dating spaces that don't segregate according to people's statuses.

If Curry's and Dawson's experiences are any indication, there may be hope for just that in the future.

"Grindr has been making strides to help remove barriers so that people with HIV feel more comfortable disclosing their status," Curry told Mic of the popular gay hookup app.

As for Tinder, there may be reason to be optimistic about the future of STI-positive dating on there as well.

"There are thousands of us on Tinder already," Dawson told Mic. "We use the app to disclose our status to potential partners before meeting up. It's usually not a deal breaker."