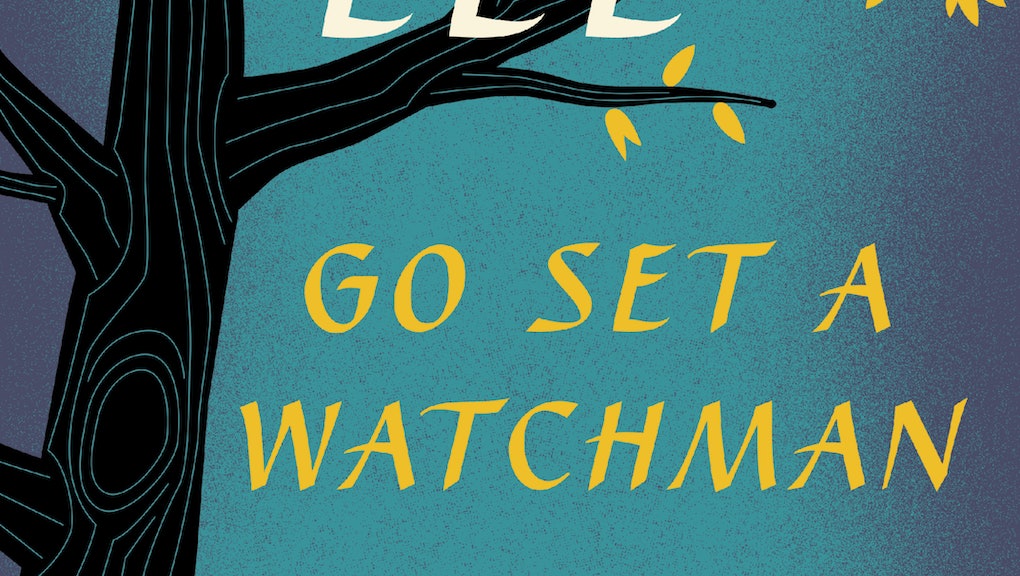 Harper Lee's first book since To Kill a Mockingbird hit store shelves Tuesday, and though it's been available for less than 24 hours, fans and critics have been eagerly waiting 55 years for their chance to praise — and shred — the novel.

Already, reviews for Go Set a Watchman are polarizing: Some authors are heralding the early release of the first chapter as being even better than To Kill a Mockingbird, while others have been more hesitant to celebrate Lee's new novel, which was actually written before Mockingbird, as a work of art.

New York Times best-selling author Dave Cullen was one of the first authors to peruse the first chapter, diligently live tweeting his thoughts:

He then wrote a review for Vanity Fair, deeming the book "surprisingly satisfying" and the audience's first-ever opportunity to see Lee "unrestrained."

In his review, the Columbine author writes,

"The first thing that leapt out was the lyric poetry of Lee's language. Tin roofs, whitewashed tires, and the inevitable verbena bring the red clay earth and Jean Louise's past alive in the ambling second sentence, and then: 'She grinned when she saw her first TV antenna atop an unpainted Negro house; as they multiplied, her joy rose.'"

However, Cullen remains skeptical as to whether the story will continue to unfurl as beautifully as it does in the first chapter. He writes, "the story could go nowhere, adult Scout grow stale, and all the characters we have yet to meet could feel false or flat. We'll see how the story unfurls, and all the other characters develop. The jury is way out on that. But the qualities that made me fall in love with Mockingbird are, yes, vividly on display here."

The New York Times' review points out the overt racism that occurs throughout the first chapter of Go Set a Watchman:

In "Mockingbird," a book once described by Oprah Winfrey as "our national novel," Atticus praised American courts as "the great levelers," dedicated to the proposition that "all men are created equal." In "Watchman," set in the 1950s in the era of the Brown v. Board of Education decision, he denounces the Supreme Court, says he wants his home state "to be left alone to keep house without advice from the NAACP" and describes NAACP-paid lawyers as "standing around like buzzards."

The New York Times aren't the only ones seemingly scratching their heads at the presumed racism coming from a beloved character, Atticus Finch. Fans across social media are anything but pleased at the foiled reputation of a character from their childhood.

And yet, it's important to remember what the story is about in the first place; racial tension, among many other injustices, are present in American day-to-day life. Lee offers her perspective on these issues through the eyes of Scout, a character who is now grown-up in Go Set a Watchman, depicting certain attitudes in society during a time when racism was not entirely frowned upon, but culturally accepted as commonplace in American society.

"She wrote the story that explained us to ourselves. A lot of us, you know, were not piebald racists," best-selling author Rick Bragg told Yahoo News. "A lot of us knew that the cruelty that came to light in our region was dead wrong. But she put it in a story."

While the question of racist elements in the Lee's book are still open-ended, as Go Set a Watchman fills bookshelves and e-readers, it's likely the book's polarizing reactions won't die down anytime soon.