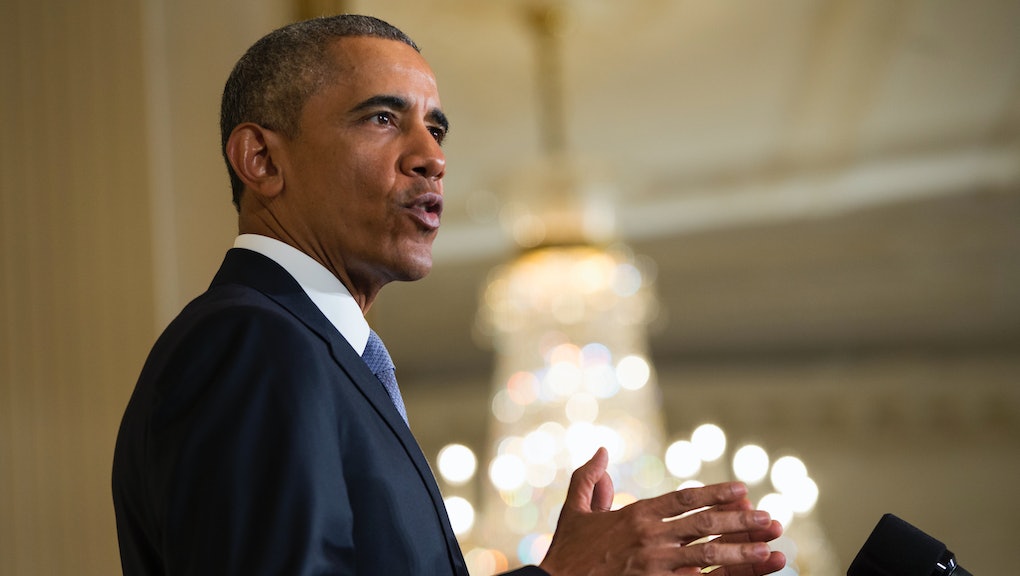 On Monday, President Barack Obama commuted the sentence of 46 federal drug offenders, bringing the total number of people he's freed from prison to 89 — more than the last four presidents combined, according to the New York Times.

In a video released by the White House, Obama announced that he was granting freedom to the dozens of overwhelmingly nonviolent drug offenders because their sentences "didn't fit the crime," having been convicted under outdated, overly punitive anti-drug laws:

Obama explained that if the offenders — 14 of whom had been sentenced to life in prison — had been convicted under current laws, virtually all of them would have already been free. So he exercised his executive powers to give them a second chance.

Why it's such a big deal: Obama's actions will grant freedom to a tiny fraction of the drug offenders in federal prisons across the country, but they symbolize a shifting tide in the nation's perception of the war on drugs. They also represent an intensification of the president's interest in pushing the ball forward on mass incarceration.

"While the president's very limited use of his commutation powers during his first term was disappointing, it's encouraging to see the pace of commutations now picking up significantly," Marc Mauer, executive director of the Sentencing Project, told Mic.

There is clear evidence of a major window of opportunity for criminal justice reform in Washington that could reverse the racially motivated, tough-on-crime ethos that prevailed among both parties from the civil rights era through the Clinton administration. Today, the movement for marijuana decriminalization and legalization has picked up steam, the country has witnessed a decades-long decline in crime and the calamitous failure of the war on drugs has grown impossible to ignore.

Proponents of dismantling mass incarceration hope that Obama's commutations can serve as an entry point into a broader discussion of comprehensive policy reform.

"The unfairness of federal drug sentencing policy cannot be addressed in piecemeal fashion, but rather requires broad legislative change along with a substantial expansion of clemency," said Mauer. "In this regard, it's encouraging that the White House has been supportive of sentencing bills now being considered in the Senate that would reduce substantially the length of prison terms for many federal drug offenders."

In 2013, the Department of Justice cut back on mandatory minimum sentences for certain low-level, nonviolent drug offenders.

Later this week, Obama will become the first sitting president to visit a federal prison. All told, the actions bode well for a country in search of new ways to think about crime and punishment.