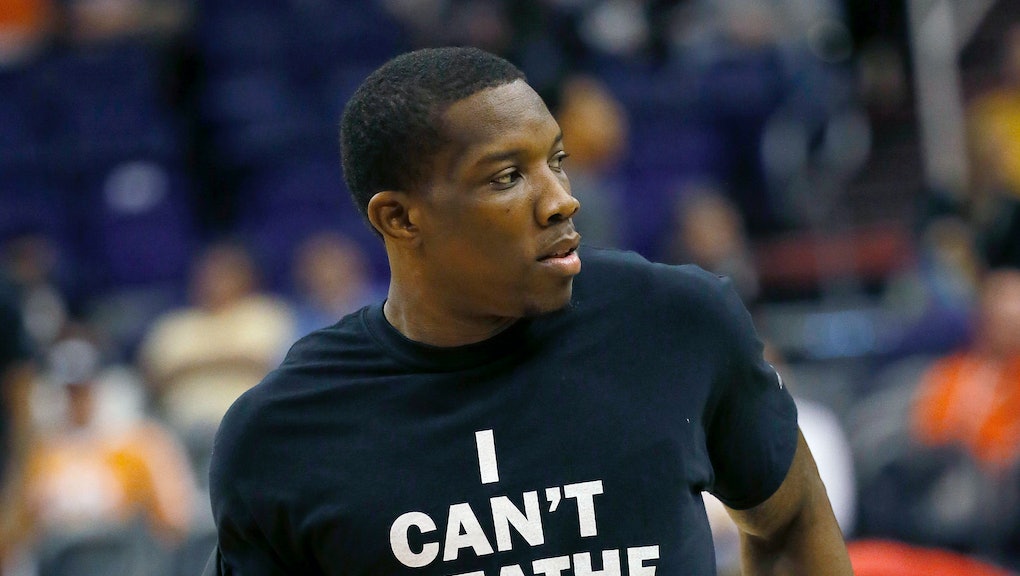 The family of Eric Garner accepted a settlement Monday from the city of New York, which agreed to pay $5.9 million in compensation to avoid a wrongful-death suit by the family after Garner's death in Staten Island last July.

"We are all familiar with the events that lead to the death of Eric Garner and the extraordinary impact his passing has had on our city and our nation," New York City Comptroller Scott Stringer said in a statement. "It forced us to examine the state of race relations, and the relationship between our police force and the people they serve."

Stringer was reportedly looking to settle the case to avoid a protracted — and potentially even more expensive — legal fight with the family.

Garner was allegedly selling untaxed "loose" cigarettes on the island when he was approached by New York Police Department officers July 17, 2014. When he objected to his arrest, Officer Daniel Pantaleo — in violation of NYPD rules — placed him in a chokehold that resulted in his death. The altercation, which was captured on video by a bystander, went viral and sparked protests around the country. Garner's last words, "I can't breathe," became a rallying cry against police brutality nationwide.

A jury in Staten Island declined to charge Pantaleo for any criminal offense.

This is far from the first time the city has opened its checkbook to compensate victims of the criminal justice system. Last year, David Ranta, who served 23 years in prison for a murder he was later acquitted of received $6.4 million in compensation from the city. Meanwhile, in 2001, New York gave Abner Louima an $8.75 million settlement after an NYPD officer tortured him with a broomstick in a Brooklyn police station.

The city's settlement with the Garner family however, did nothing to diminish Pantaleo's career prospects. He remains with the NYPD, albeit at a desk job. Pantaleo, 30, has reportedly expressed his desire to return to active street duty, despite receiving so many death threats that his Staten Island home is now kept under 24-hour police surveillance. Panatela remains under investigation by Internal Affairs and the U.S. Justice Department.

While the money will likely transform the lives of the Garner family, it does not address the root causes that led to Garner's death. Paying for every victim of police malfeasance in New York or in the United States is an expensive palliative that ultimately leaves nobody really happy. The city certainly has more productive uses for $5.9 million, and the Garner family certainly would rather just have Eric alive.