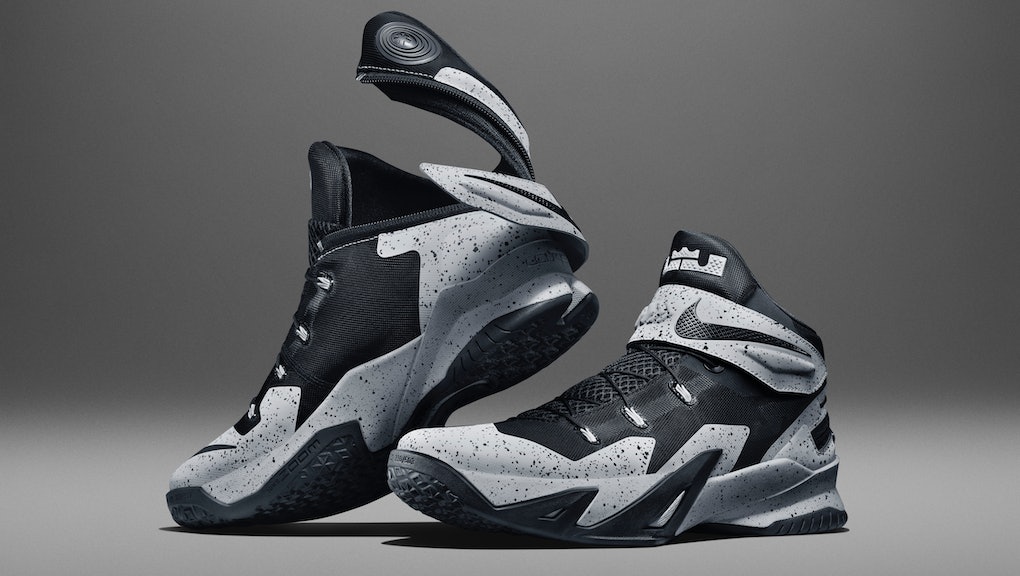 Nike unveiled a pair of shoes Monday featuring a game-changing zipper that wraps around the ankle, making it possible to take them on and off with one hand.

But what's cooler than the zipper of the new Nike Flyease is the story of how a 19-year-old with cerebral palsy got the ball rolling on the project three years ago — and how Nike turned a need into a badass product anyone would want to wear.

The shoelace dilemma: Matthew Walzer, a college sophomore from Florida who was born with cerebral palsy, has struggled to tie his shoes, the everyday endeavor that requires the help of his parents.

"By the time you turn 16," Walzer told the Huffington Post, "it gets frustrating or embarrassing if you're out with your friends and your shoe comes untied and you have to ask your friend, 'Hey, can you bend down and tie my shoe for me?'"

So in 2012, Walzer, a longtime Nike fan, did what he termed a "Hail Mary" and wrote a letter to Nike, stating that his dream was to go to college without the worry of asking for help tying his shoes. He had low expectations for a response, he said, expecting at most a polite response back, according to a press release from Nike.

A request gone viral: Instead, his letter gained major traction, swarming Twitter with the hashtag #NikeLetter and eventually making its way to Tobie Hatfield, a designer at Nike who's worked on designs for Paralympic athletes and had already been looking into comfortable designs for people with disabilities, according to Fast Company.

Hatfield had gotten started seven years earlier, when he developed a special but temporary solution for Nike's first employee, Jeff Johnson, who had a stroke and was unable to tie shoes after losing mobility in his hand. The shoe Hatfield created had Velcro that wrapped around the heel, an idea that remained on the back burner for years afterward.

When Walzer's letter made its way to Hatfield, the wrap-around heel solution came into play once again.

"I worked with Matthew just as I would with any athlete. He was an absolute pleasure to work with," Hatfield said, according to Nike's release. While lacing is important to securing shoes, Hatfield found that inserting the foot was another obstacle for Walzer, hence the focus on the opening at the heel.

A badass design: Mark Wilson, who reviewed the Nike Flyease, described the noteworthy zipper feature as "a very elegant way to unzip the heel with one hand, slip your foot in, then zip it back up — no tying required."

The design became a reality as a prototype for Walzer that year; now, in 2015, the shoes have been perfected and are available to the masses on Nike.com starting July 16. The best part: They're shoes anyone would want to rock. Innovative zipper aside, the look of the hightops were inspired by the brand's Hyperdunk and Zoom Soldier, making them look NBA-ready.

It's a first step toward ensuring that more people with disabilities have access to shoes that are a marriage of design and function. There are other innovations out there, like so-called "orthopedic" shoes Quikiks and other cozy-looking yet painfully uncool designs aimed at older shoppers.

The Nike Flyease, on the other hand, is cool. Seriously cool — enough that we can picture Lebron James, Walzer's favorite player, dunking in them.