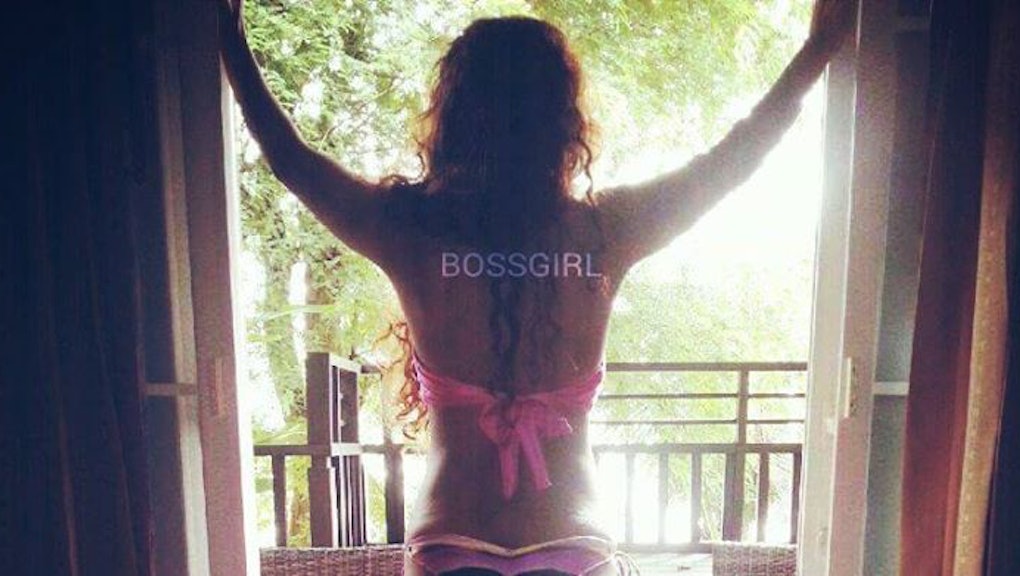 Facebook Cracked Down on a Woman for "Bullying" Her Harasser

Kavitha Ravindran was appalled to see messages from a random dude on Facebook telling her to send him nude photos. So the personal trainer turned the tables on him by posting the photo to her Facebook page so her followers could see what she was going through.

But shortly after she posted the screenshot of her photo, Facebook had it removed. Why? For "bullying."

Ravindran tweeted a screenshot of the exchange.

Mic was unable to verify the man's identity.

Ravindran has had all Facebook images taken down that include the original screenshot of those texts so that she can't reveal what was said. But what happened to the man who harassed her? He was just given a warning.

"Even if you act against sexual violence, you are denied justice," Ravindran wrote to her followers on Facebook.

Since the initial incident, Ravindran reports that her account has been hacked and deactivated, though it appears she's back in control of her own account again. As for the man who sent her the comments, he seems to have deactivated his account of his own volition — perhaps riding out the ensuing social media storm.

Social media has created an ideal medium for bullies. "Our society/media is such that it only protects the perpetrators," Ravindran wrote on Facebook, "and then we ask, why is rape on [the] rise in India."

Online, people looking to harass, intimidate or otherwise harm someone's emotional well-being have direct access to the people they want to hurt, and they work under a veil of false identity or anonymity.

Public shaming can catch fire and go viral too, turning the act of calling someone out into a disproportionately destructive phenomenon. Entire books have been dedicated to Internet shaming lately — snowballing first into a public debate, and then a debate about the debate — begging the question of whether the punishment of being slogged through the bottomlessly public hatred of the Internet fits the given crime.

Unfortunately, under Facebook's current rules, victims of harassment have little recourse of their own but to resort to public shaming when one person can target with impunity a woman he doesn't know.