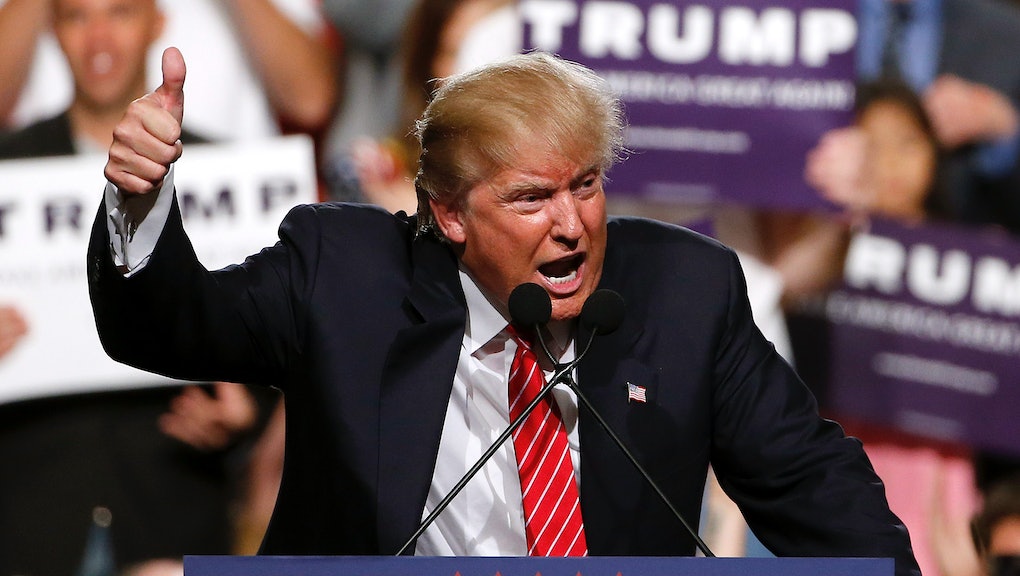 In a little more than a month, Donald Trump has turned the Republican presidential primary on its head, seizing the lead in at least one national poll as his popularity with GOP voters grew by more than 30%, according to a comparison of Washington Post-ABC News polls from late May and early July.

The most recent survey, conducted in the midst of Trump's anti-immigrant national speaking tour, found that 57% of Republicans had a favorable view impression of the candidate, who is either leading the field or a close second to former Florida Gov. Jeb Bush in most national polls. Forty percent of Republicans in the Washington Post-ABC News poll hold an unfavorable view.

In the previous round of polling, conducted between May 28-31, Republican respondents were decidedly cooler on the hot-headed former reality TV host, with 65% saying they held an unfavorable view of him. Only 23% gave Trump a favorable rating at that time.

How popular is Trump with the GOP rank-and-file, now? Consider this: In the poll released Tuesday, Democratic presidential frontrunner Hillary Clinton registered a net +7 favorable/unfavorable rating within her own party (52% to 45%).

The Trump surge: Trump's rise has been fueled by a relentless stream of interviews, speaking engagements and social media posts condemning U.S. immigration policy and slurring Mexican-born immigrants. He has also repeatedly called Clinton "the worst secretary of state" in American history.

"She is desperate, she is sad, and she is obviously very nervous," Trump said in a Facebook screed posted early Monday. "The last person she wants to face is Donald Trump."

Of all his flimsy political declarations, that last line is among the most clearly detached from reality. To the contrary, a face-off with Trump is the stuff of Clinton campaign dreams. If voters went to the polls today, the former secretary of state would thump Trump, according to a Suffolk/USA Today poll released Monday, by no fewer than 17 points, 51% to 34%.

For their part, Democrats seem to be warming to Trump, too. Tuesday's survey found that he's nearly doubled his popularity with the opposition over the past month — though not, one suspects, for the reasons he might suspect.