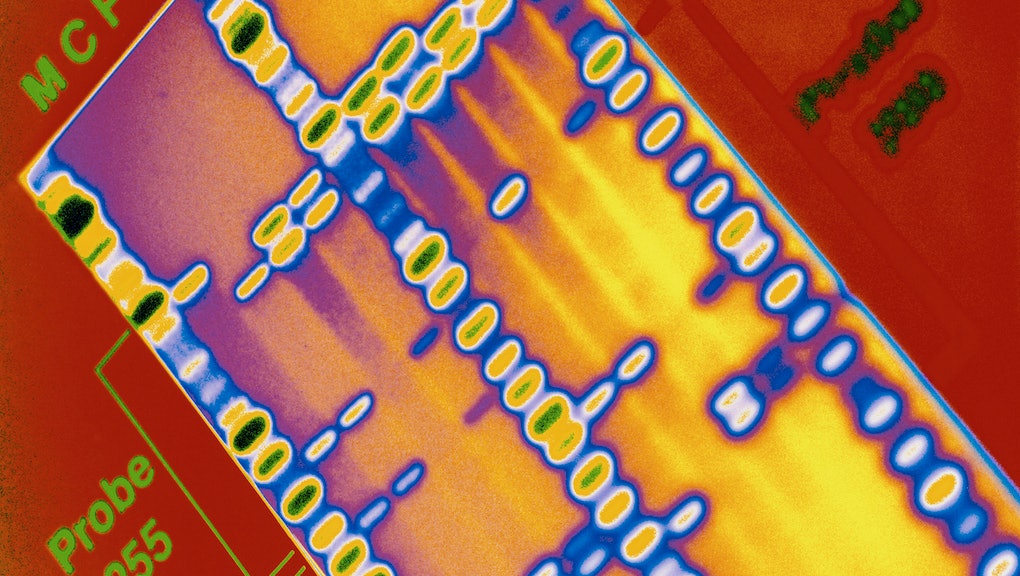 Conspiracy theorists, eat your heart out.

The Kuwait government approved a plan Wednesday to begin genetically testing its entire populace and store the data indefinitely for security purposes, following a devastating suicide attack last month. The plan sounds right out of dystopian fiction, but experts say that the program could be easily accomplished with existing technology.

Registering in the database will be mandatory. Anyone who refuses to submit to the DNA testing procedures may face serious penalties, including up to a year in jail and a $33,000 maximum fine, the Agence France-Presse reports. Attempting to substitute another's DNA or otherwise fool the system is a criminal offense that can be punished by up to seven years in jail.

The database is not intended for any medical purpose, but as a surveillance measure designed to allow law enforcement and security officials to quickly tie suspects to the scene of a crime. According to the AFP, lawmakers were motivated to start the $400 million program in response to an Islamic State group suicide bombing on June 26, which killed 27 people and injured more than 225 more.

Columbia University computer science professor and New York Genome Center specialist Yaniv Erlich told Mic via email there are few technical barriers standing in the way of the database. He noted the United States' CODIS database already stores 13 million DNA records, although state authorities can only access other states' records with their permission.

"[DNA ancestry service] 23andMe already obtained 1 million genetic profiles of individuals," Erlich wrote. "And this is a single company with much less resources than Kuwait."

You don't need to have seen Gattaca to find this disconcerting. Erlich told Mic the system may be useful for security purposes but threatens to create a "total nightmare" that will be difficult to back out of.

"For example, someone can find adultery cases through the entire Kuwait population! This can have significant social and legal implications, since in Kuwait, adultery is illegal," Erlich said. "Even if the state will decide not to do that, rogue employees can attempt to extort citizens that committed such events using the database."

The Human Rights Watch has noted Kuwait for its draconian policies on free speech and human rights. This year, the organization accused Kuwait of engineering a major crackdown on dissent, including punishments for sending "immoral" messages through telecommunications networks.

Erlich also noted that even secure government computer systems are occasionally prone to massive data leaks, such as an incident in 2006 when hackers leaked Israel's entire population registry to the Internet.

In some places, the creation of such a database would be outright illegal. According to Al Jazeera, European countries have been prohibited from similar efforts since "the Court of Human Rights ruled that Britain's so-called 'blanket and indiscriminate' storage of DNA data violated the right to privacy."