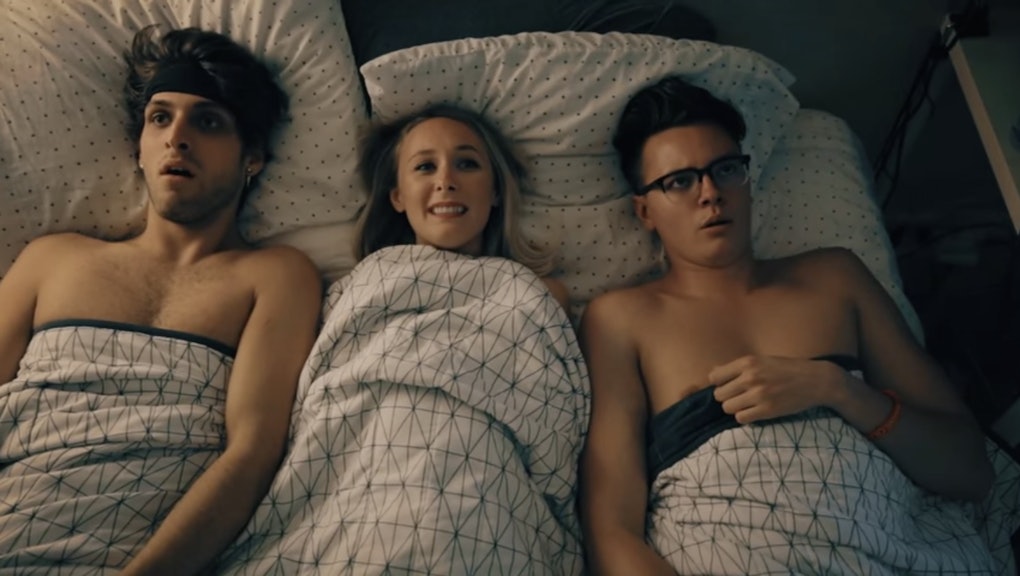 Unlike many women who've had their sex lives broadcast on the Internet without their consent, however, Frulling decided to take control of her own narrative. She refused to let misogynists tell her story for her. "I thought, 'This is fucking stupid. I'm not going to have all of these people hating on me,'" she told Vice. "So I was like, 'You know what, it was me.' ... I don't see why I should get bashed for it when the guys don't get bashed for it."

So she posted a YouTube video discussing her experience and confronting her trolls head-on.

"I can't say I'm proud about it," Frulling says to the camera. "But I'm not ashamed."

"I feel like if you regret things, how're you going to move forward with your life ... and not learning [sic] by bad decisions?" she reflects. "And to be honest with you, who doesn't make bad decisions? Like, I bet you all have made bad decisions."

Toward the end of the video, she mocks the way the Internet hypersexualized her by sucking on a large cucumber, biting off the end and cackling.

"In my next video, I'm going to show you how to suck a mean dick," she says, without a hint of embarrassment or shame.

Frulling also used the video as an opportunity to make clear that this is not the last the world will hear from her and that she refuses to be intimidated by the incident.

In an age where the unregulated Internet rules all, matters of privacy and rights are tenuous and difficult to navigate. While copyright infringement is certainly a creative approach to fighting slut-shaming, it's also a time-consuming and costly process. Frulling's response is the most direct and forthright way of turning the shame back on the perpetrators.