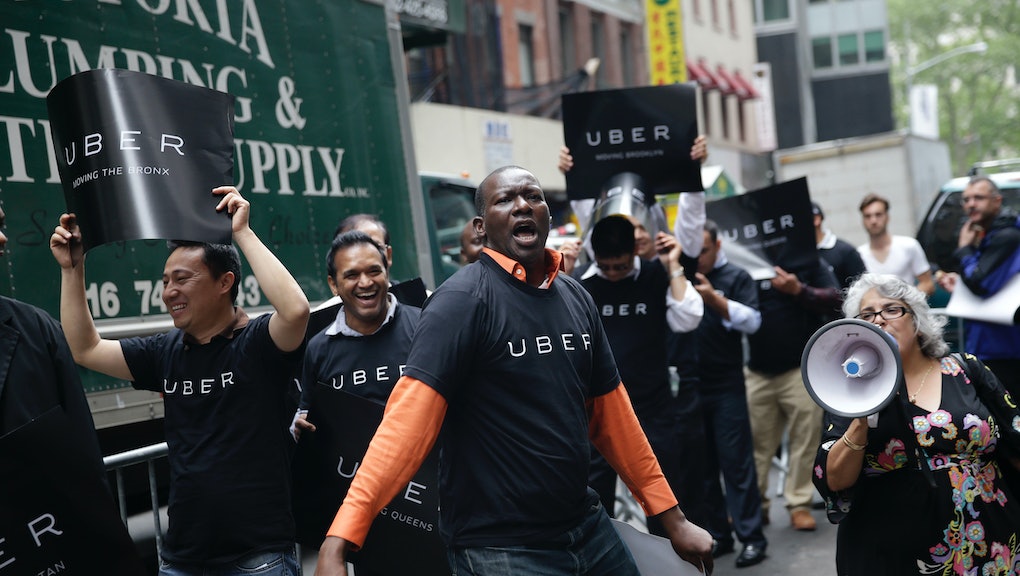 A California Judge Is Threatening to Shut Down Uber Unless It Pays $7.3 Million in Fines

Uber, the massively successful and ubiquitous car-service app, has shown a tremendous resistance to following the rules — but that may be about to change.

A California judge just ordered Uber to pay a staggering $7.3 million in fines for failing to comply with a demand to turn over data. If Uber doesn't pay up in 30 days, it risks losing its operating license.

The data Uber refused to give over is about passengers with disabilities. As reported by the Guardian, these users have a higher chance of being turned down for rides by Uber drivers, who have the ability to select who they pick up. It's a bad look for a service that was accused of dumping blind passengers and their service dogs in the middle of nowhere and canceling their rides.

Above the law? Though the $7.3 million figure is high, this is par for the course with Uber. The service has been suspended or banned in various cities, where it's responded by throwing money into lawsuits and hiring politically experienced operatives to handle its communications and navigate its relationships with regulators. In France, local drivers responded to this kind of strong-arming by setting cars on fire:

Uber is a divisive company that's causing 2016 presidential candidates to take sides, and it's become synonymous with the idea of a sometimes extra-legal "1099 economy" where employees are treated as disposable contractors.

But it's capitalism, not ethics, that determines a company's growth, and none of the negative attention has stopped Uber from being one of the fastest-growing companies in Silicon Valley history, growing from a valuation of $60 million in 2011 to a rumored $50 billion.

If Uber hands over its data about passengers with disabilities, we might be able to see at exactly what rate Uber is violating the Americans With Disabilities Act by allowing its drivers to refuse service. But you can't enforce a law that you can't prove that Uber is breaking.