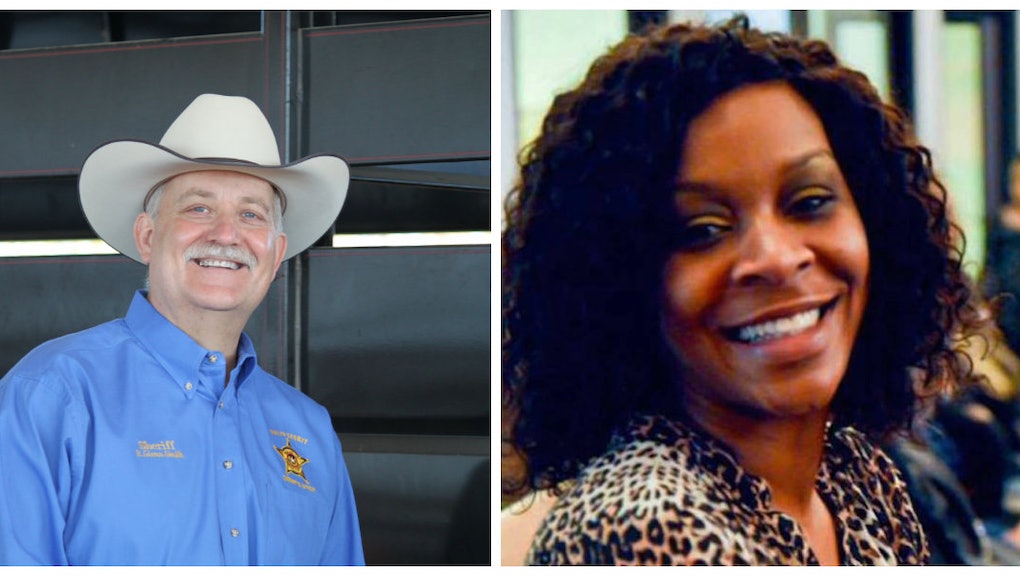 The head sheriff of Waller County, Texas, where 28-year-old Sandra Bland was allegedly found asphyxiated in a jail cell on Monday, was fired from his job as Hempstead, Texas, police chief in 2008 following allegations of racism, according to the Houston Chronicle.

The Daily Kos recovered old Chronicle reports on Thursday showing that in 2007, R. Glenn Smith, then police chief of Hempstead, was suspended for two weeks by the Hempstead City Council after they "[viewed] videotapes and [heard] allegations of racism from local residents against him and ... four [other] officers."

Smith was then required to undergo anger management classes for the next six months as a condition of his probationary period. He was fired the following year.

Hempstead was 50% black and 43% white at the time, according to U.S. Census data. Smith was elected as a Republican chief of the Waller County Sheriff's Office effective Jan. 1, 2009 — less than one year after his firing, which Smith dismissed as a result of "small-town politics," but others speculated stemmed from the racial controversies, according to the Chronicle.

Representatives at the Hempstead Police Department declined to comment for this story. Calls and messages left for Hempstead city hall and with Smith's administrative assistant at the Waller County Sheriff's Office have not been returned.

This information assumes extra weight after the events of the weekend. Naperville, Illinois, resident Sandra Bland died in a Waller County jail cell on Monday morning, after having been locked up for allegedly "assaulting a public servant" when a Texas Department of Public Safety trooper pulled her over for failing to use her turn signal, as previously reported.

Police "pulled her out of the car, forced her and tossed her to the ground, knee to the neck, and arrested her," Malcom Jackson, a friend of Bland's, told local television station WLS.

Part of that exchange was captured on video. Bland can be faintly heard shouting and protesting her arrest.

Mic made multiple attempts to contact the Waller Country Sheriff's Office, which said they could not comment on the case as it is currently under investigation. The office did, however, send a copy of the press release posted on Facebook, claiming she committed suicide.

But friends, family and advocates around the country and on Twitter do not believe this version of events, prompting the hashtags #JusticeForSandy and #WhatHappenedToSandraBland, and the ongoing #SayHerName to trend. She was also socially and politically vocal about the Black Lives Matter movement, posting videos of herself discussing the matter on social media, in segments known as "Sandy Speaks."

Bland had recently moved to the area to begin a new job as a college outreach officer at her alma mater, Prairie View A&M University according to NBC News.