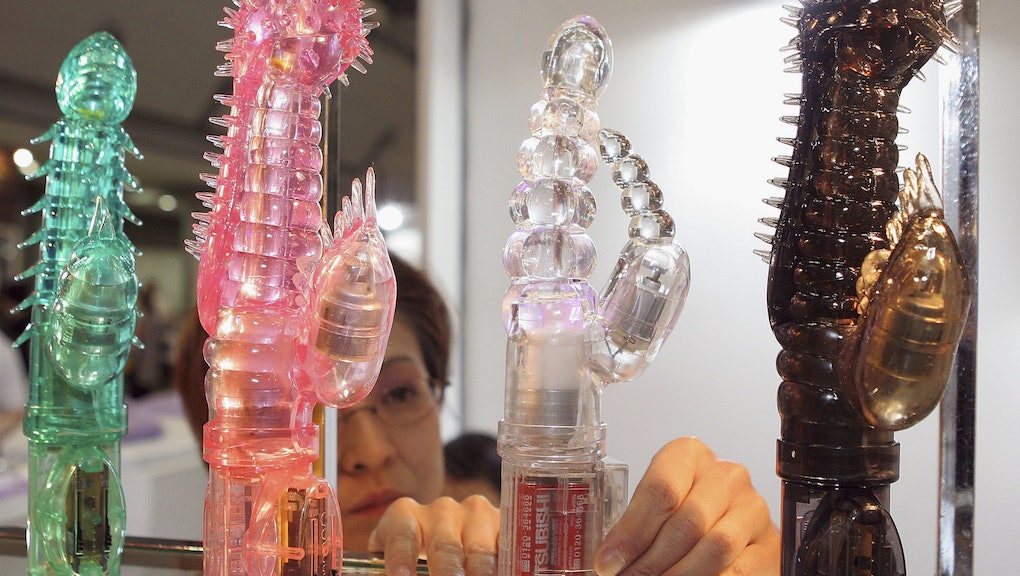 The now-famous scene marked a major moment for the sex toy industry, and it was subsequently thrust into the mainstream consciousness. But for many people, the episode simply tapped into something they were already well aware of: Vibrators are a damn good tool with which to find sexual gratification.

Sold in virtually every color of the rainbow, with a plethora of materials, intensities, shapes and price points, vibrators abide by the Goldilocks method: Some are too this, others are too that, but then you find the one that's just right.

But they're more than just pretty toys. There's something else at work besides magic. So what's really going on inside your nightstand's favorite little buzzing resident?

As it turns out, they're relatively simple. "It's actually pretty straightforward — they're just motors," Debby Herbenick, a sexual health educator at the Kinsey Institute and a director at the Center for Sexual Health Promotion at Indiana University, told Mic.

"Vibrators just have motors, and they run at different frequencies, and that's why you'll see some that are very low frequency, for people that [like] low-intensity vibrators. Then there are very high-intensity vibrators," which run at higher frequencies, she said. The Hitachi Magic Wand, which doubles as a back massager, is particularly powerful, she said; a study in the journal Sexual and Relationship Therapy reported it had a range of frequency of 89 Hz to 101 Hz.

"The bigger the [weight], the more off-center it's mounted and the faster you spin it, the stronger the vibration," Lieberman explained.

Displacement is also a factor. The bigger the distance a motor moves inside the housing of a product, the more powerful it will be.

Why do both men and women tend to orgasm more quickly and easily at frequencies we don't normally produce ourselves as humans?

The material used is another factor.

In his company's products, "you have a motor attached to a mechanism that causes a pad to go up and down, like a piston," Adam Lewis, the co-founder of Hot Octopuss, told Mic. The devices uses this mechanism "to deliver high-amplitude oscillations rather than low-amplitude vibrations," the website further explains.

The idea, Lewis said, came from medicine that has been in use for years.

While Lewis' products are still in the minority, he believes things are changing.

"Consumers are getting more sophisticated, [and] the types of people that are developing these products now are changing. It used to be very much dominated by the large players in the market. Now you're seeing smaller companies coming into the market with this [new] technology. You'll see the new entrants coming to the market [that work] very differently to the legacy products that have been around for years."

What about the physiology? Regardless of someone's gender, vibrators can do wonders for sexual satisfaction. But while the technology is relatively simple, our physiology is not.

Why do both men and women eke so much pleasure out of a little bit of vibration? "We don't know!" Herbenick laughed, explaining that it's a concept we're still trying to understand.

"Ultimately, why, for example, do both men and women tend to orgasm more quickly and easily at frequencies that we don't normally produce ourselves as humans? Why wouldn't the optimal frequency be something that's more common to humans, that we produce on our own?" she added.

Moreover, we're not all the same when it comes to intensity levels. "Men tend to maybe be more responsive to higher frequency products, which makes some sense, because they have real skin on their penis, and female genitals have different kinds of tissue — we don't have regular thick skin," Herbenick said.

Other variables, like body fat, health conditions, body hair and age can also affect our sensitivity to vibration.

"There's good reason that the products on the market have a lot of variability, because people respond to a lot of different things based on these factors," she said.

Whatever the science behind them, however, one thing is for sure: They sure do get us buzzing like bees.

This article was originally published on July 17, 2015