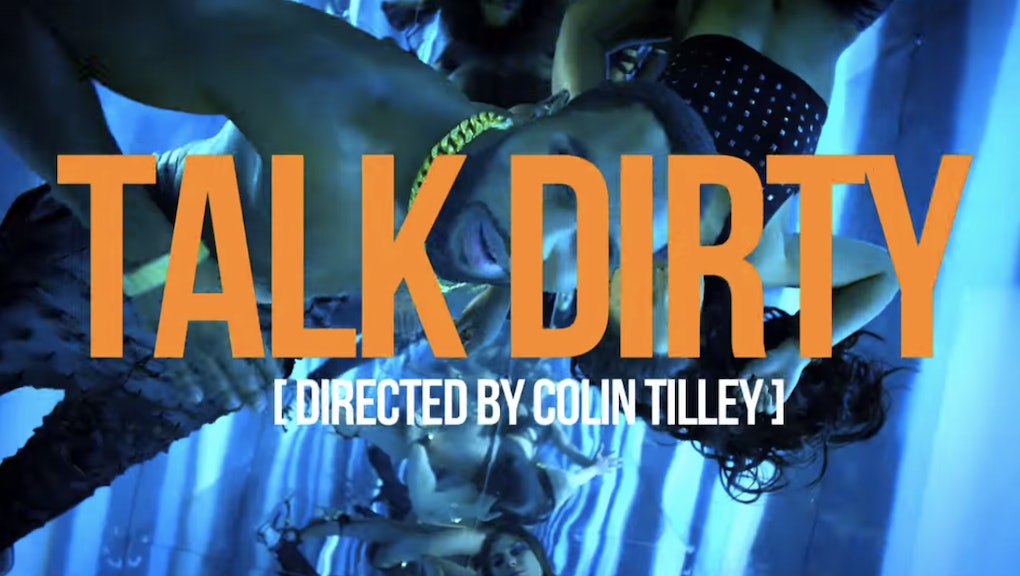 This Tumblr Post Perfectly Demonstrates Why Consent Is Sexy

One Tumblr user has a message for anyone who tries to claim that the act of affirming verbal consent before sex is a mood-killer: You're wrong.

Consent can be hot as hell.

What we talk about when we talk about consent: The above post is currently going big on Tumblr, racking up more than 115,000 notes in the last several weeks. Its success is a promising sign that despite what many conservative pundits claim, getting affirmative consent from your partner doesn't "kill the mood" or awkwardly interrupt the flow of a hot sexual encounter. In fact, "confirming consent" and "setting the mood" are actually often the same thing.

In the spirit of the Tumblr post, we used a Google form to find out how real people are injecting sexiness and creativity into obtaining consent. The results prove that when it comes to making sure both partners are on the same page, there are myriad steamy ways to communicate the message.

Another 26-year-old woman said that when it comes to getting consent, it's all about detailing exactly what you want to do to someone else, using explicit details.

"'Wanna go down on me?' is not nearly as hot as saying specifically where you want to be licked/kissed/touched," she wrote. "The more specific the better, both in terms of obtaining consent and having a really hot sex life."

One 27-year-old man said that pausing at various sexy checkpoints is his preferred method for obtaining consent. "I'll often ask, 'Is this OK?' when I start touching/exposing her breasts, touching her over/under her underwear and before oral sex and sex-sex," he said. "Women seem to really, really like this system."

Other responses were a bit more tame.

"I ask directly: 'I want to kiss you. Can I kiss you?' And later, 'Do you want to [whatever-whatever]?'" one straight guy responded. "My wife (my girlfriend still, at that point), nearly knocked me on the floor and tore my pants off with her 'yes' answer."

How consent can get complicated: While one would assume that actively asking for consent would be crucial to any sexual encounter, unfortunately it doesn't always work out that way. Even sex-positive experts often get it wrong, as octogenarian sexpert Dr. Ruth recently did on a radio show, telling women they don't have the right to change their minds once they end up in bed with someone. Such misinformation is particularly dangerous when you consider the ongoing issue of sexual assault on college campuses.

The conversation surrounding consent got even more complicated last October, when California mandated that students on state campuses would be required to obtain affirmative consent — in short, a clear and enthusiastic "yes" — before having sex. Many were furious about the affirmative consent mandate, with one headline proclaiming that the law would "ruin good sex for women" forever.

"The truth is that, except in the first flush of infatuation, both partners are rarely equally excited," Shikha Dalmia wrote for Reason. "At any given moment, one person wants sex more passionately than the other."

Yes, yes, yes: But as the above Tumblr post and campaigns like Consent Is Sexy have proved, obtaining consent doesn't have to be awkward or complicated, nor does it have to interrupt a passionate sexual encounter. Often, it can be as simple as talking dirty.

If nothing else, the campaign to make consent sexy proves that sometimes, the answer to "Do you like this?" or "Do you want that?" can be even sexier than the question. After all, if the Herbal Essences commercials of the '90s taught us anything, it's that there are endless ways to make the word "yes" sound hot.