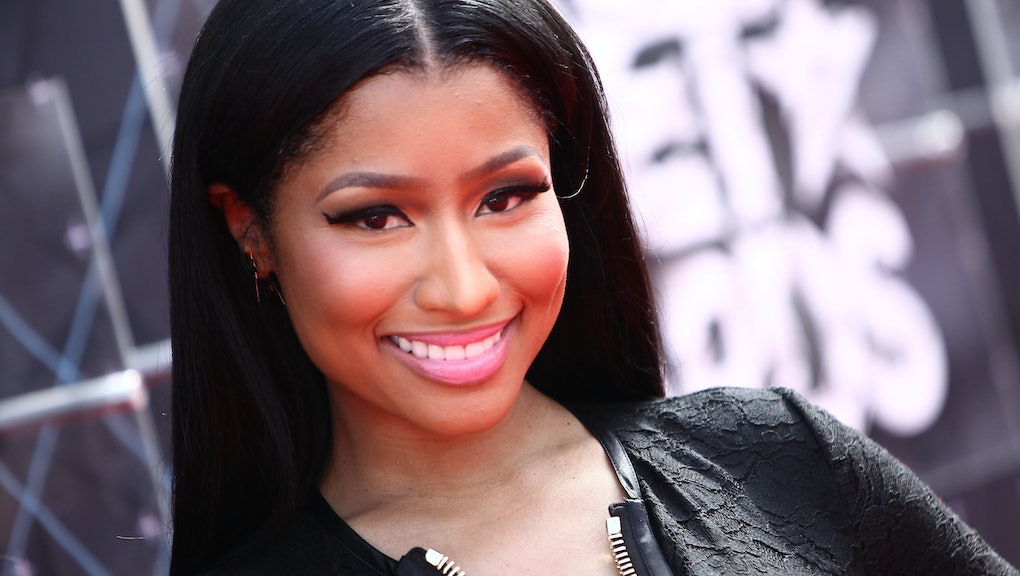 Had the founding fathers been women, orgasms would have been listed as one of the "certain unalienable rights" in the Constitution. Unfortunately, that was not the case, and we ladies still have to resort to a whole lot of creative methods to get ourselves off in bed. (Anyone remember the Tap from Seinfeld?)

While we know an awful lot more about the female orgasm now than white dudes in the 18th century did, there's still a huge gender gap when it comes to satisfaction in bed. According to a 2013 poll, women in general have about one orgasm during sex for every three a man does. Another study of college women in the United States found only 40% of women reported having an orgasm during their last sexual encounter, as opposed to 80% of college-age men. That's an awful lot of frustrated vaginas.

Fortunately, people are speaking up against the tyranny of the orgasm gap, reminding everyone the female orgasm is important — and the finer details on how to get it. Here are a few of the best insights from stars who aren't afraid to get real about pleasure. The founding fathers would be proud.

Ever the sexual equal opportunist, the Trainwreck star had some words of wisdom for women looking to get off. "Do what you feel you want to do while also considering how you'll feel the next day," she told Glamour for an August cover interview. "Don't not have an orgasm. Make sure he knows that you're entitled to an orgasm."

She added, "I like to say it. I'll be like, 'Hey, there are two people here.' I'll be like, 'Oh my God, have you met my clit?' Don't be self-conscious." Considering the vast majority of women can only achieve orgasm via clitoral stimulation, with only 7% reaching orgasm from penetration alone, by some measures, these are words most partners should live by.

2. Nicki Minaj: "Women should demand that."

If this July Cosmopolitan interview is any indication, Minaj might be the Masters and Johnson of our generation, providing valuable insight on the importance of orgasms to those around her. "I demand that I climax," Minaj said, adding, "I have a friend who's never had an orgasm in her life. In her life! That hurts my heart. It's cuckoo to me. We always have orgasm interventions where we, like, show her how to do stuff. We'll straddle each other, saying, 'You gotta get on him like that and do it like this.' She says she's a pleaser. I'm a pleaser, but it's fifty-fifty."

Her friend isn't alone: According to Planned Parenthood, 1 in 3 women report having trouble reaching orgasm. Minaj's quote proves that when it comes to closing the orgasm gap, communication is key — not to mention an awful lot of lube and maybe a Hitachi Magic Wand.

3. Eva Longoria: "It's a shame I didn't discover it sooner."

Now that's a gift that keeps on giving.

Being one of the hottest women on the planet doesn't mean you don't struggle in bed — specifically, struggling with asking for what you want. Luckily, as Berry told Esquire, the road to sexual satisfaction turns less rocky with age and confidence.

"You know that stuff they say about a woman being responsible for her own orgasms? That's all true," she wrote in the magazine's "Sexiest Woman Alive" issue. "And in my case, that makes me responsible for pretty damned good orgasms these days. Much better orgasms than when I was 22. And I wouldn't let a man control that. Not anymore. Now I'd invite him to participate. I'll tell you this: I've learned my tricks. I know what I like. I do not wait around. I initiate. And I'm not all about frequency. I favor intensity."

Ever wondered what the former Gossip Girl star is doing now? Getting off, if this Guardian interview is any indication — and pointing out that girls should be empowered to explore their own sexuality and pleasure.

The Top Five actor is a proponent for gender equality, respect and reciprocity in bed. You want to feel like you're both in it together, in order to get off. "Nobody wants to feel like just a vessel. You want equal participation, so it's not '68 and I owe ya one,'" she told Men's Health back in 2009. She was equally forthright about her feelings about cunnilingus: "If it's a choice between a man who gives flowers and a man who enjoys giving oral, most women would take the oral. And it's free. Oral sex is recession-proof." Pretty much every woman in America would agree.

8. Jenny McCarthy: "We need to think it first."

Leave it to Amy to deliver the uncomfortable truth nugget about orgasms that too many women know: Often, we fake it. And doing so is really a disservice not only to ourselves, but to our partners. In her hilarious book Yes, Please, the comedian declared, "Try not to fake it: I know you are tired/nervous/eager to please/unsure of how to get there. Just remember to allow yourself real pleasure and not worry about how long it takes ... God punished us with the gift of being able to fake it. Show God who the real boss is by getting off and getting yours."

BONUS: James Deen: "You don't have sex to somebody — you have sex with somebody."

This article was originally published on July 16, 2015