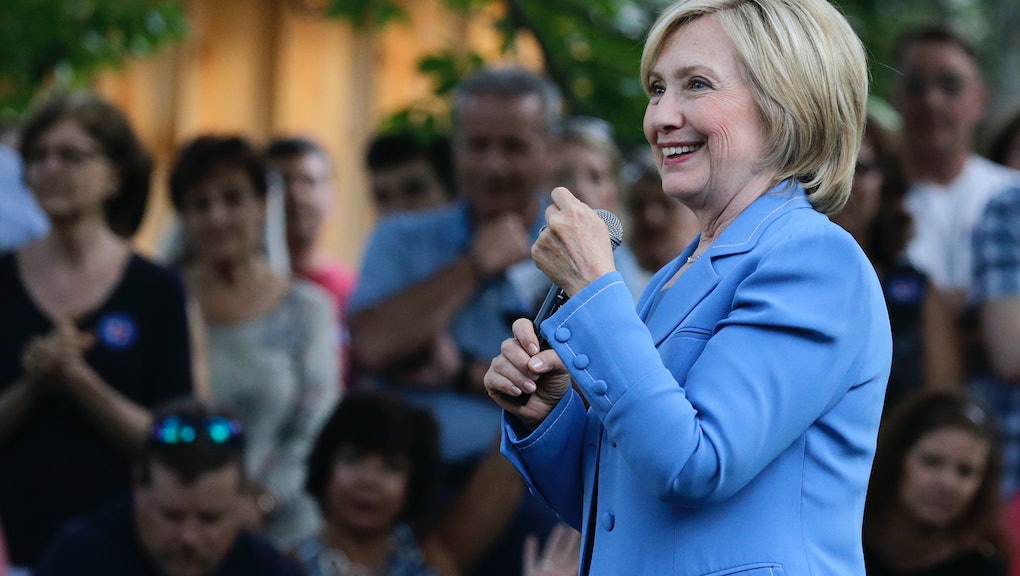 Hillary Clinton wants the votes of liberal activists, workers and organizers of the "Fight for 15" movement — but she is not yet willing to unreservedly back their cause. Asked by BuzzFeed on Thursday if she supported raising the federal minimum wage from $7.25 to $15, Clinton demurred, saying she favors "local efforts" but wouldn't endorse an across-the-board hike.

"I think part of the reason that the Congress and very strong Democratic supporters of increasing the minimum wage are trying to debate and determine what's the national floor is because there are different economic environments," Clinton told BuzzFeed after a campaign event in New Hampshire. "What you can do in L.A. or in New York may not work in other places."

Her comments came two days after Sen. Bernie Sanders, the Vermont independent surging in the Democratic primary polls, publicly challenged Clinton to stake a clear position on the issue. Now that she has — or at least come a bit closer to it — criticism from the left is rolling in.

"Some people will say this is hard to do," O'Malley said, not mentioning Clinton by name. "And it will be. But leadership is about forging public consensus — not following it."

Politics meet reality: On the question of the minimum wage, Clinton is contending with two competing realities. As you can see below, the wage floor has not risen in tandem with the American worker's historically high productivity levels. In fact, the minimum wage, when adjusted for inflation and cost of living, has effectively gone down over the last half-century.

The other side of the argument takes a number of forms, but for Democratic candidates in this political season there isn't much wiggle room. Going by the logic she articulated Thursday, Clinton believes a $15 minimum wage would be damaging to businesses in rural areas, where a dollar doesn't mean the same thing as it might in more expensive places like New York or California. This makes it economically problematic to assign a uniform wage hike to all 50 states.

It's a fair argument, though unlikely to convince the liberal primary electorate. But maybe that's the point — Clinton has been tilting left throughout this early stage of her campaign. At some point she was going to draw a line. In the "Fight for 15," she just did.