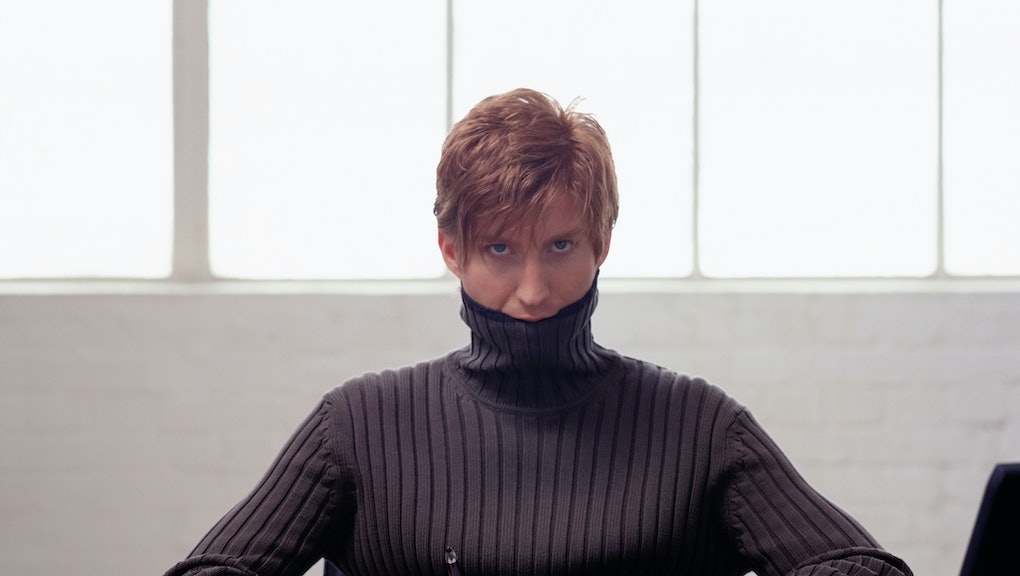 If you're reading this on a computer right now, there is a good chance you're sitting at your desk, huddled over the heat emanating from your whirring keyboard, just trying to get warm.

Also, chances are it's men's fault.

A new study published on Monday in the journal Nature, called "Energy Consumption in Buildings and Female Thermal Demand," has revealed that the temperature of your office building is likely set according to men's body temperatures, which tends to be higher than women's.

Buildings use an "empirical thermal comfort model" to adjust temperature, one factor of which is metabolic rate... for a 70-kg, 40-year-old man. Women have up to 35% lower metabolic rates, the study's authors write. "This may cause buildings to be intrinsically non-energy-efficient in providing comfort to females."

Air conditioners as outfit ruiners: The study has spread faster than cold air between cubicles, providing vindication to women everywhere that no, they're not just crazy, and yes, their offices are scientifically too cold for them.

The study authors, who are based out of Maastricht University Medical Centre in the Netherlands, highlight the environmental consequences of over-cooling offices. "In a lot of buildings, you see energy consumption is a lot higher because the standard is calibrated for men's body heat production," study co-author Boris Kingma told the New York Times.

But for plenty of women, the findings speak more to their practical daily realities, which include draping themselves with makeshift blankets at their desks and struggling to nail the perfect summer outfit. All those cute summer outfits you bought back in May — the sundresses, the sandals, the floaty tank tops — are great for commuting to and from work.

But at the office, they have you listening to the Frozen soundtrack on repeat at your desk as you wiggle your toes and pray feeling returns soon.

One might reason, "Why don't men just adjust their summer wardrobes too?" Even suits come in summer "weights" (think linen and cotton) so men could also adjust to summer office weather.

But there's actually an even easier solution here, write the study authors: "The main points here are that thermal comfort models need to adjust the current metabolic standard by including the actual values for females."

The trouble with using men's bodies as the standard: Including female "thermal demand" may seem obvious. But the worlds of science, medicine and technology don't have a great track record when it comes to acknowledging women's existence.

Biomedical research has long excluded women or limited female subjects from drug trials, for results that "short-change women's health care," according to Teresa Woodruff, professor of obstetrics and gynecology at Northwestern University and author of the 2010 editorial "Putting Gender on the Agenda."

Not representing women in studies means researchers overlook key differences in how drugs interact with women's bodies and hormones, as well as gloss over differences in symptoms and risk factors for diseases that manifest differently in men than women.

Over in the fields of technology, Apple is also guilty. When designing the much-heralded iPhone 6, Apple seemed to forget that not everyone's hands are the same size. "The larger the display, the more challenging things become for people with smaller hands," noted the Atlantic. "Often, those people are women." (Apple also initially overlooked women when developing its Health app, leaving out the simplest and oldest form of health tracking: periods.)

Getting every office building to change their thermal models might prove more challenging than updating an app. In the meantime, you can find us at our desks, hunched over in Snuggies, regretting the day we ever bought those adorable summer sandals.