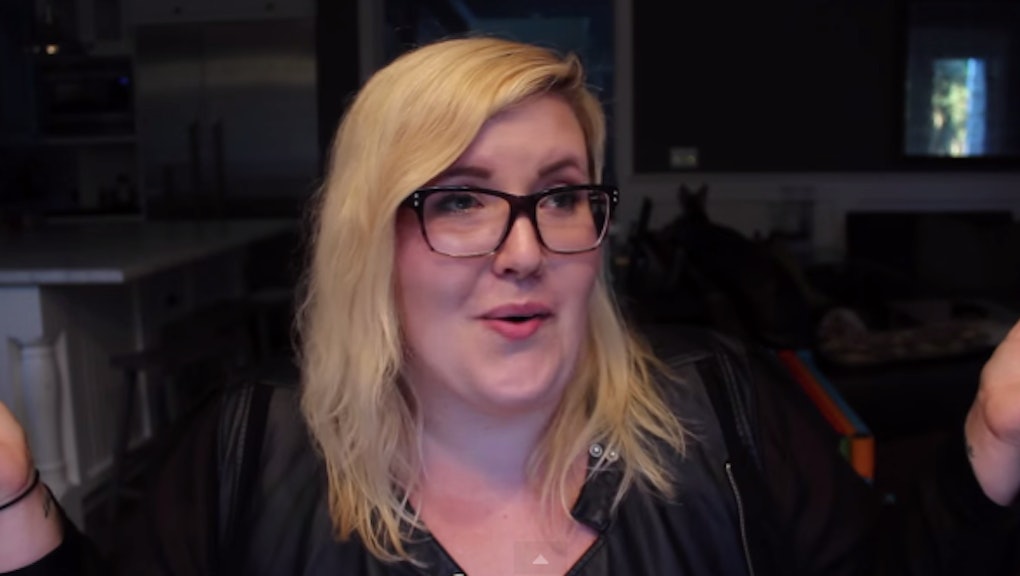 YouTuber Meghan Tonjes is mad as hell about the recent Ariana Grande donut debacle, but not for the reason you'd think.

In a video posted to YouTube, the singer-songwriter used the scandal as an opportunity to discuss a problem that's a bit more serious than pop diva pastry-licking: Our society's double standard when it comes to women eating junk food.

"Hate the donut, not the fatty." In the video, Tonjes states that while she's not particularly mad at Grande for the incident, she does have a problem with the pop star's subsequent apology for the footage, which showed her licking a donut while proclaiming that she hated America.

"As an advocate for healthy eating, food is very important to me and I sometimes get upset by how freely we as Americans eat and consume things without giving any thought to the consequences that it has on our health and society as a whole," Grande wrote in a statement. "We need to do more to educate ourselves and our children about the dangers of overeating and the poison that we put into our bodies."

A not-so-sweet double standard: Tonjes' central point is that there's often a fine line between people encouraging others to eat "healthy," as Grande did in her statement, and straight-up fat-shaming.

Whether it's the "cool girl" trope or the disgusting diet of the Gilmore Girls, people love watching skinny women gorge on sweets and carbs without ever going to the gym. But when a larger woman is seen eating unhealthy food, people immediately rush to shame her. That's because we tend to think of skinny women as "healthy" and larger women as "unhealthy," despite the fact that research shows that there's not much of a relationship between physical fitness and BMI.

It's worth noting that this video response is not the first time Tonjes has taken on such bullshit double standards. Last year, one of her photos was removed by Instagram after being flagged as "mature content," despite the fact that the platform allowed other women to post similar photos of their backsides.

"The most upsetting thing to me is that there are people who feel like they shouldn't be visible because they don't deserve to be," Tonjes told Mic at the time.

Although Instagram later apologized and put the photo back up, the incident proved that we have a long way to go as a society to overcome our tendency toward body-shaming. And if the donut response video is any indication, we still do.

The takeaway from Tonjes' video is that while promoting healthy eating standards and choices is always a good idea, body-policing and food-shaming never is. After all, people of all sizes should be allowed to make their own personal food choices, without being told they're disgusting or "unhealthy" for doing so. As Tonjes says: "If you wanna eat a pizza, eat a fucking pizza. If you wanna eat a salad, eat a fucking salad."

You can watch Tonjes' full video below: