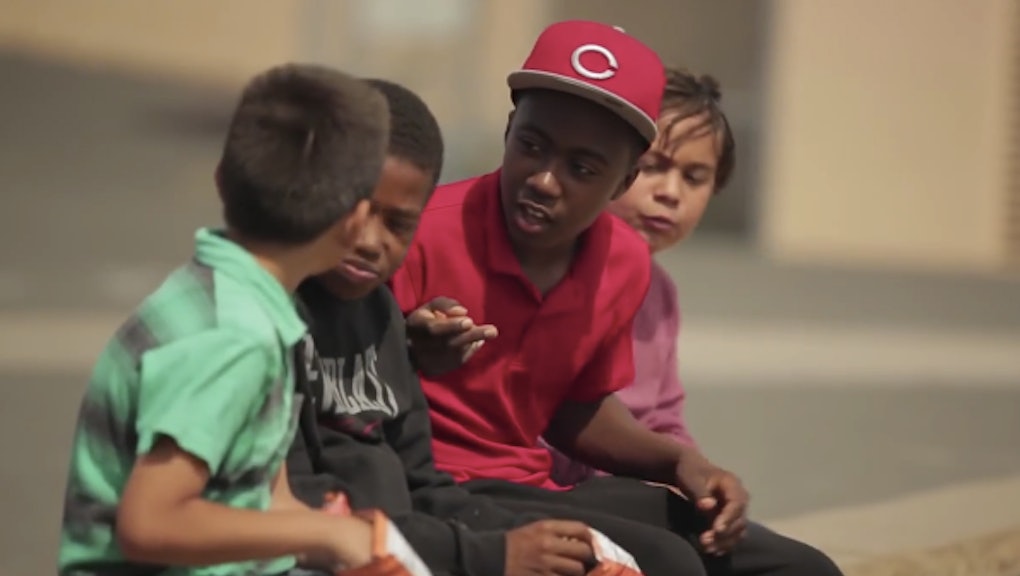 Men Face These Obstacles Every Day. So Why Aren't We Talking About Them?

It makes sense conversations about inequality often focus on historically marginalized groups, like women, LGBTQ people, people of color and individuals with disabilities, for example. And while men undeniably enjoy an immense amount of privilege disproportionate to others, achieving equality is not about prioritizing or demonizing any group.

If anything, achieving gender equality means liberating everyone from the confines of a patriarchal society. Even with ever-present privilege, men face their own set of destructive barriers that restrict what it means to be a man  and how a man can express himself. This is especially true for men who are also members of marginalized groups — like men of color, queer men and men with disabilities.

Feminist scholar bell hooks put it best: "When men and women punish each other for truth telling, we reinforce the notion that lies are better," she wrote in All About Love: New Visions. "To be loving we willingly hear the other's truth, and most important, we affirm the value of truth telling. Lies may make people feel better, but they do not help them to know love."

Telling the truth about all experiences, therefore, may be a crucial factor to help liberate us all. Here are four obstacles.

"Three of the most destructive words every man receives when he's a boy is when he's told to 'be a man,'" coach and former NFL player Joe Ehrmann states in the trailer for the upcoming documentary The Mask You Live In.

"We've constructed an idea of masculinity in the United States that doesn't give young boys a way to feel secure in their masculinity, so we make them go prove it all the time," sociologist Michael Kimmel added in the trailer.

As these insights, and documentary's title itself, suggest, American men are largely raised to live behind a mask: to simultaneously conceal and repress their true feelings while projecting a facade of impenetrable strength.

The results are destructive. One in four boys is bullied in school, according to Bitch magazine, but only 30% of bullied boys ever notify an adult. Psychologists have also observed that as boys get older, their "language of emotions" decreases as their rates of suicide go up, Bitch reported, and by high school, fewer than 50% of boys with mental health problems ever seek help.

This isn't just detrimental to men individually, however, but may also result in pain inflicted on others. Plenty of experts have connected this simultaneous emotional suppression and projection of strength with high rates of sexual assault. As Michael T. Crawford of the Pennsylvania Coalition Against Rape wrote in a 2014 Huffington Post article, "A culture of hypermasculinity — strength and stoicism — breeds the sense of power and entitlement that drives sexual assault."

The key to deconstructing this "mask," activists note, is embracing weakness. The fear of weakness that motivates these masculinity standards, "creates more weakness because you never truly learn — you are consistently putting up a front that you know," activist Jonathan Kalin told Mic, adding that real change will come when men realize "there's strength in showing weakness."

These are the facts: Police shoot and kill blacks almost twice as frequently as any other racial group, according to a Mother Jones report. Although black Americans make up 13% of the U.S. population, they comprise 26% of police shooting victims, according to the Center on Juvenile and Criminal Justice.

Although this harrowing reality has persisted for years, a bold, largely social-media driven conversation about this issue has more recently gained mainstream traction. However, there's much work to be done — regarding attitudes surrounding police brutality as well as the persistent reality of this violence. It's also crucial to note that while the conversation around police brutality has focused on men, women certainly face police brutality too, and have been active in fighting it.

"In the eyes of the law, black lives are worth a lot less in this country than whites," Wilbert L. Cooper wrote in Vice in response to Eric Garner's murder. "Black men are still seen as needing to be controlled and killed if necessary — just as they were in antebellum South ... For what it's worth, we've got to keep talking about the Eric Garners and the Ramarley Grahams and the Kenneth Chamberlains of the world in the hope — even if it is a blind hope — that this shit doesn't happen again."

People of color made up about 30% of the U.S. population, yet accounted for 60% of those who are imprisoned in 2012, according to the Center for American Progress. Black Americans in particular are incarcerated at nearly six times the rate of whites, according to the NAACP, and it's a dynamic that's also undeniably gendered: There are 1.5 million black men "missing" in America due to early death or incarceration, according to the New York Times.

As Michelle Alexander notes in The New Jim Crow: Mass Incarceration in the Age of Colorblindness, more black men are under the control of the correctional system than were enslaved in 1850. Additionally, black offenders receive longer sentences as compared to white offenders: The U.S. Sentencing Commission reported in 2010 that black offenders receive longer sentences than white offenders for the same crimes, law professor Bill Quigley wrote in the Huffington Post.

But the detrimental effects of this reality on black men are felt even beyond bars. Millions of American black men's rights are limited post-incarceration, such as disenfranchisement. This disproportionate rate also leads to a skewed public perception of black men as violent or inherently criminal, Alexander posits.

Women disproportionately experience sexual assault at alarming rates. But the fact remains men also experience assault — although they are often disbelieved or made to feel guilty or ashamed of the experience.

Though it's rarely acknowledged, sexual assault is especially prevalent among men in marginalized communities. Nearly half of bisexual men and 40% of gay men have experienced sexual violence in their lifetime, the National Center for Lesbian Rights reported in 2014. This holds true on college campuses specifically: A University of Michigan survey found that both LGBT students and students of color were at least twice as likely to be assaulted as their non-queer and white counterparts. Additionally, about 30% of sexual abuse survivors with disabilities are male, according to Canada's Association of Alberta Sexual Assault Services.

Despite this prevalence, male survivors, especially survivors who are marginalized in other ways, are all but erased in media. "It's time to include male survivors' voices," Andrew, a student who successfully brought on-campus charges against his assailant at Brown University told the Huffington Post in January. "We are up against a system that's not designed to help us."

Discussing the obstacles men face — obstacles like these — doesn't erase or minimize those that other, relatively more oppressed groups face. However, doing so acknowledges that there are plenty of areas where our society must progress to be equal, and that all are worthy of discussion.

July 23, 9:30 a.m.: This article has been updated to remove a quote from a person who does not identify as male.