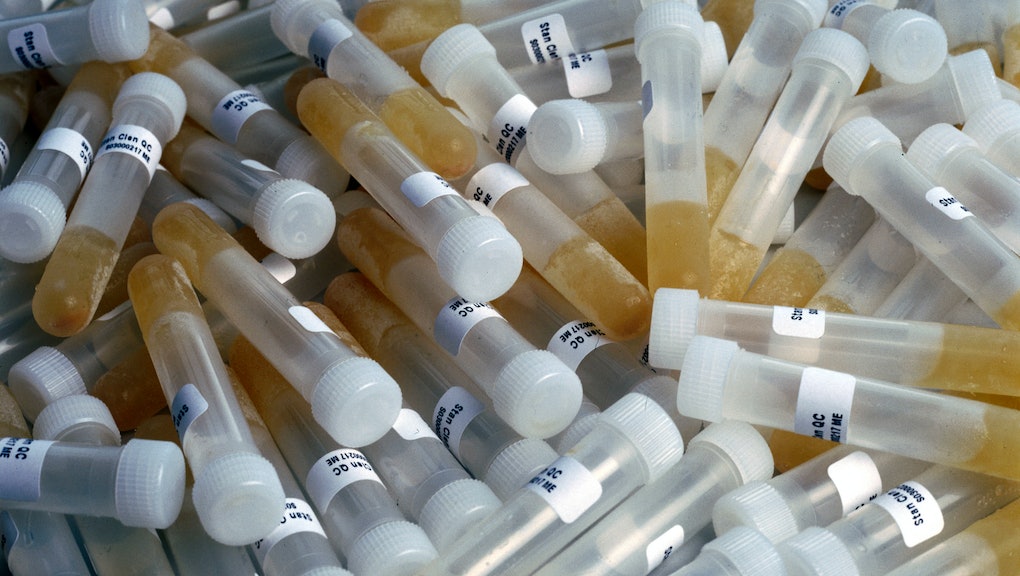 When Wisconsin Gov. Scott Walker announced his candidacy for the Republican presidential nomination on July 13, he peppered his 34-minute speech with a laundry list of deeply conservative policy prescriptions. Among them was a requirement — much like the one in the state budget he signed less than 24 hours before the event — that welfare recipients pass a drug test before collecting public assistance benefits.

"In Wisconsin, we enacted a program that says that adults who are able to work must be enrolled in one of our job training programs before they can get a welfare check," he said. "Now, as of the budget I just signed, we are also making sure they can take a drug test."

The Republican romance with legislation meant to complicate the process of delivering aid to low-income residents or, as critics argue, defame and shame them, can be traced back to 2009. In November of that year, newly arrived GOP Gov. Jan Brewer of Arizona announced that the cash-strapped state would begin testing adults if the state had "reasonable cause" to believe they were getting high.

"We don't want people who are abusing drugs to be on welfare," GOP state Rep. John Kavanagh told the Arizona Republic in 2009, "because that means that the taxpayers are subsidizing and facilitating illegal drug use."

But an examination of Arizona's experiment reveals a flawed policy that has failed to accomplish its stated goal of saving the state money, and has instead done little more than further stigmatize poverty and marginalize the poor.

The results are thin: According to USA Today, more than 87,000 welfare recipients went through Arizona's program in the three years after it began. The total number of drug cheats caught was exactly one — a single positive result, which saved the state precisely $560.

Checking in again in March, the Arizona Sonora News Service cited state Department of Economic Security figures which found that over the course of more than five years, "42 people have been asked to take a follow-up drug test and 19 actually took the test, 16 of whom passed. The other 23 were stripped of their benefits for failing to take the drug test."

That adds up to a grand total of three failed tests from 2009-2014. The net savings reaped from withholding benefits for those who either tested positive or failed to complete a drug test was around $3,500, once the $500 cost of testing the 19 is factored in, according to one state agency report. The haul is especially unimpressive when you consider the $1.7 million in savings state officials promised when they unveiled the program.

Lesson learned? Not quite.

Since Arizona enacted its drug testing programs, at least six more states have implemented similar measures. In 2012, Utah began its own, which, according to the Daily Beast, nabbed 12 of 466 people tested at a cost to the state of $25,000.

Earlier this year, a report on Tennessee's program found that 37 out of 16,017 screened had failed — precisely 0.23% of recipients. In Florida, where the practice has been repeatedly challenged in the courts, Republican Gov. Rick Scott announced in March that he would not submit any further appeals on behalf of a law ruled unconstitutional by two federal courts. In rejecting the state's claim in December 2014, the justices for the 11th Circuit Court of Appeals found that during the nearly four months the law was in effect, "4,046 applicants submitted to drug testing. Only 108 — 2.67% — tested positive for drug use."

Despite these ugly results, and the unflattering social implications of drug testing ostensibly innocent men and women, one of the measure's initial proponents remains, at worst, ambivalent.

Walker goes further: In the budget Walker approved a day before announcing his candidacy, the Wisconsin governor signed off on a provision that would expand the drug-testing regime by removing the need for "reasonable suspicion" of drug abuse for state beneficiaries and opening up food stamp recipients to similar scrutiny. There is, however, one small problem: Federal law forbids it.

Knowing this, Walker has already filed suit against the government, seeking "clarification" of and, presumably, an avenue to defy the existing statute. At least one administration official has already dismissed the move as a political charade.

"Gov. Walker hasn't read the law,"  U.S. Agriculture Secretary Tom Vilsack told the Huffington Post on July 15. "It's always a good idea before you start litigation to understand what the law is."

Though Walker's legislation may be doomed, the ensuing fight should offer a boost to his presidential aspirations. The image of the governor as a relentless warrior against social welfare programs and other sacred cows of American liberal politics has enlivened him to the conservative voters who dominate the party's nominating contest.

Whatever comes of Walker's political future, the people of Wisconsin — who have elected him three times in the past five years — are locked in to an undeniably wasteful and socially damaging policy. Just ask Arizona.