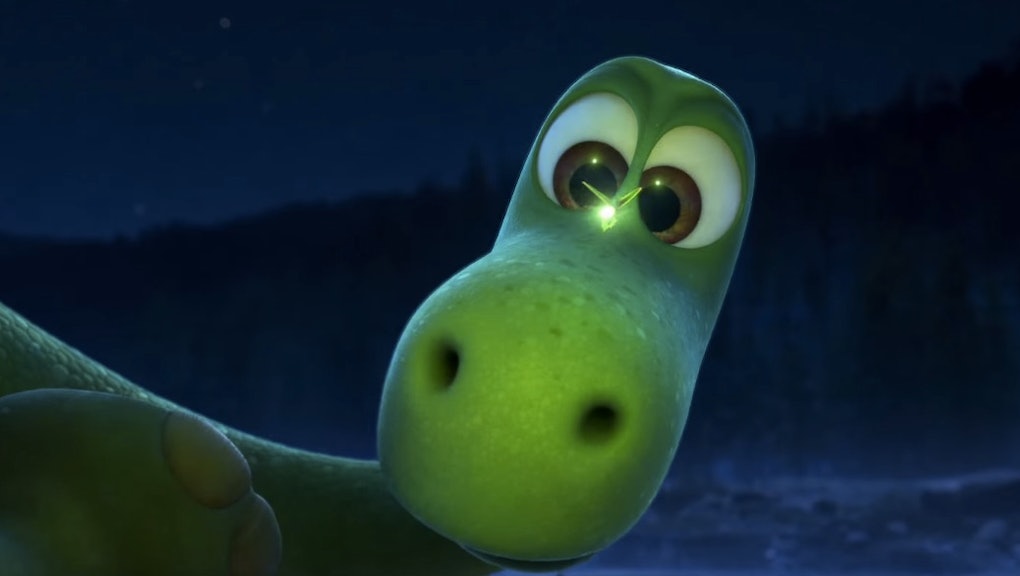 The Good Dinosaur has dropped a full trailer, and Pixar's newest movie looks every bit as adorable as we hoped it would be.

As was shown during the film's teaser trailer, the movie's premise is an interesting question: What would have happened if the meteor that killed the dinosaurs missed Earth?

Unlike that teaser, this trailer focuses on our lead characters, Arlo the apatosaurus and a young boy. The two form a bond quickly; the story focuses on their unusual, beautiful friendship.

Like with all Pixar movies, the animation here looks positively gorgeous, and there's a heartwarming narrative to boot. Pixar had been stuck in something of a rough patch as of late, with a slate of mostly sequels, but Inside Out proved the studio still has incredible ideas and can tell a tremendous story. This will be their second film in a year — the first time they've ever doubled up — and it looks like a worthy successor to Inside Out's throne atop the Pixar kingdom.