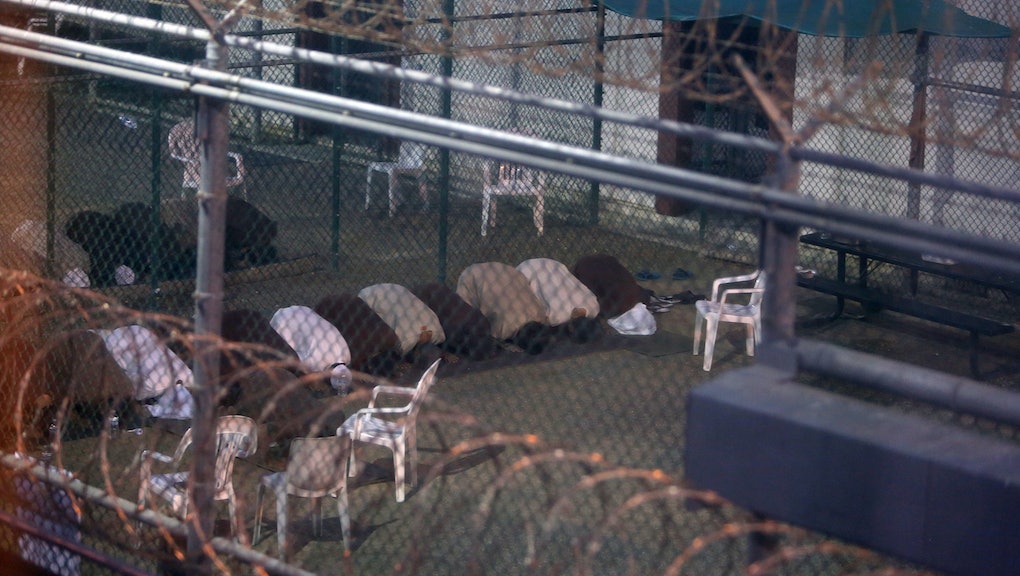 More than six years after President Barack Obama signed an executive order requiring the Guantanamo Bay detention facility be closed within 12 months, the White House said Wednesday it is "in the final stages of drafting a plan to safely and responsibly close" the controversial military prison.

Delivering the news at an early afternoon press, White House press secretary Josh Earnest laid the blame for the long delay at the feet of lawmakers on Capitol Hill. Both Democrats and Republicans, he said, had done their part to "repeatedly impede" the administration's efforts to charge, try or release detainees "despite bipartisan agreement that closing the prison is actually in the national security interests of the United States."

The timing of the announcement was eyebrow-raising in its own right, coming only hours after the New York Times published a long and detailed account of "the administration's fitful effort to shut down the prison," which, according to the story, was "collapsing again." Citing multiple sources inside the White House, the New York Times described a series of standoffs among high-ranking officials caught between their desires to fulfill the president's promise and the potential to cause a political crisis in the process.

Tough road ahead: Despite the prevailing tensions, White House officials told the New York Times they remained committed to clearing the detainees and shuttering the camp before Obama left office.

Clifford Sloan is one of a number of former administration officials tasked with mapping out a plan to close the prison, only to fail and, eventually, be pushed out of his job. Speaking to reporters Wednesday, he highlighted the complicated work ahead, saying "we need to finish the job of removing the very irrational restrictions that are in current law," according to Reuters. Sloan's colleague at Skadden, a Washington, D.C., law office, Greg Craig left the White House in 2009 after clashing with aides to the president over disputed plans to orchestrate an end to Guantanamo.

"It's very unfortunate," Sloan said, "that closing Guantanamo has become a partisan issue for the most part."

Inside "Gitmo": There are currently 116 detainees imprisoned at Guantanamo. According to a report from the American Civil Liberties Union, 51 have been "cleared for release" by the U.S. government but continue to languish because of an assortment of diplomatic dead ends. Thirty-four more remain in legal limbo, with officials saying that, despite the absence of charges, they are too dangerous to release.

Adding to the pressure on the administration have been reports of force-feeding of inmates on hunger strikes and the use, before Obama took office, of so-called "enhanced interrogation techniques," or torture, on certain high-value detainees.

Keeping a promise: With the clock running down on his time in office, Obama has been riding a remarkable and mostly unforeseen wave of political successes, ranging from a historic nuclear deal with Iran to another successful defense of the Affordable Care Act before the Supreme Court.

But even as diplomatic relations with Cuba are normalized after more than 50 years of near-silence, there remains significant unfinished business a little more than 90 miles off the South Florida coast.