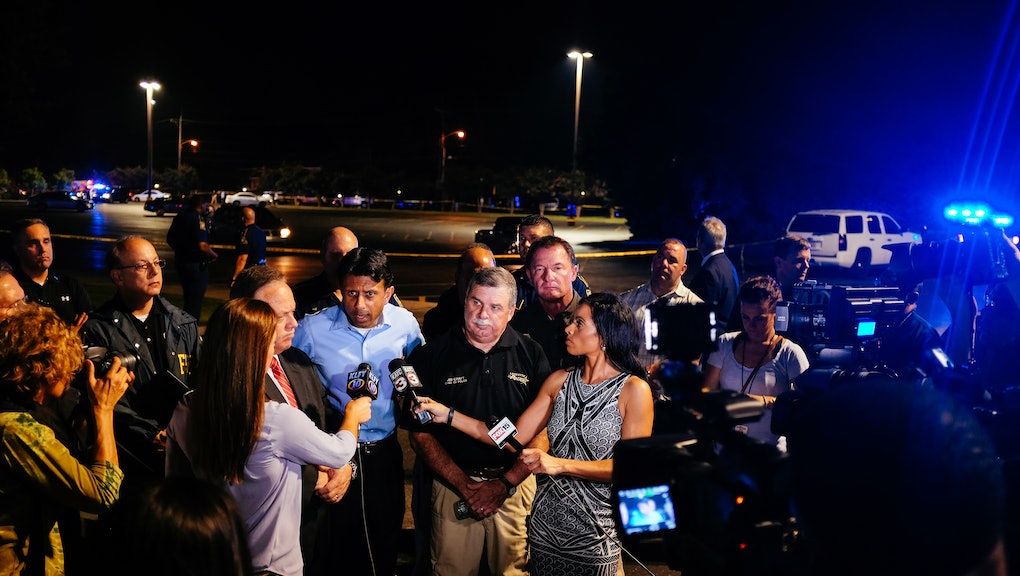 At 7 p.m. on Thursday, 59-year-old John Russell Houser opened fire during a viewing of Trainwreck in a Lafayette, Louisiana, movie theater, killing three people (including himself) and injuring nine more. Mother Jones estimates this is the 12th mass shooting since the deadly theater massacre in Aurora, Colorado, on July 20, 2012, which left 12 people dead and almost 60 injured.

Some of the most devastating attacks have included the Sandy Hook Elementary School shooting, which left 27 dead, many of whom were young children; the Washington Navy Yard shooting, which had 12 casualties; and the shooting at University of California, Santa Barbara, which had six casualties.

After nearly every one of these tragedies, people have been galvanized into action to lobby for tighter gun control. Perhaps the most emphatic national response came after Sandy Hook.

The national outcry over gun control in the aftermath of these successive tragedies — and the lack of legislative action in response — demonstrates, in part, the power of gun lobbyists, in particular the National Rifle Association. "The National Rifle Association outspent supporters of new gun controls [expanding background checks] by hundreds of thousands of dollars as the Senate considered and ultimately rejected legislation," wrote the Hill in April 2013.

Using an aggregate of data sets, the Guardian noted Americans comprise around 35% to 50% of civilian gun ownership across the world — and the U.S. has just under 5% of the global population. The United States also has one of the highest rates of gun violence in the developed world.

Here is an account of what was lost, and what was achieved, after each of these incidents. The following incidents do not include perpetrators.