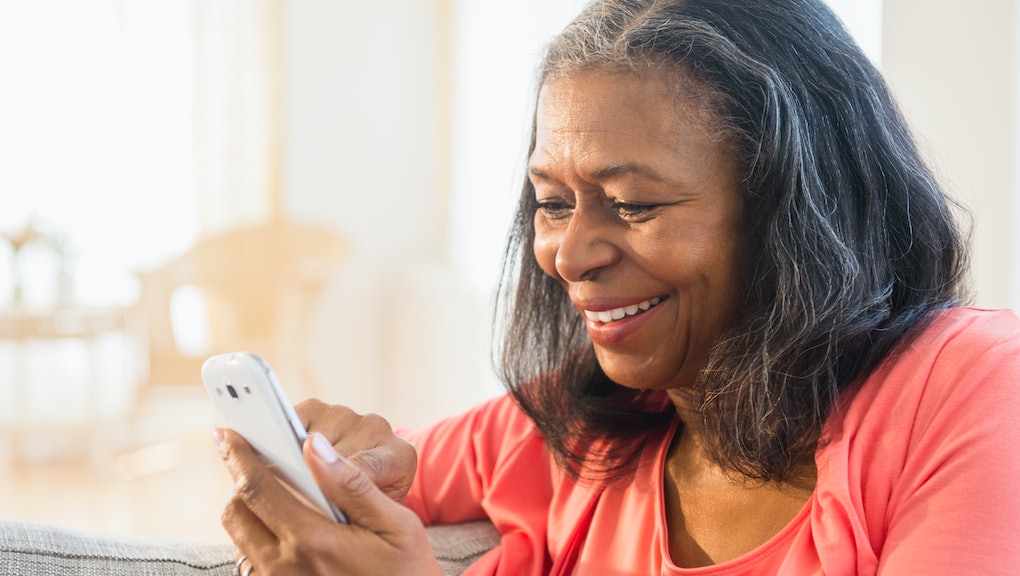 But when you really think about it, grandmas are untapped fonts of wisdom on all matters related to love and sex. After all, the best relationship advice comes from those with the most experience, and who's seen and done more than your Gam-gam?

Mic conducted surveys via Google form and Tumblr and asked people to tell us about the best words of wisdom they've received from their grandmas. Here are nine pieces of sex advice from women who've been boning since before the Eisenhower administration.

Take a read, and don't get forget to call your grandma on her birthday.

Research shows that the elderly are doing it more than ever: Recent surveys from the National Opinion Research Center show that 73% of people between 57 and 64 and nearly 26% of people between 75 and 85 have had sex within the last year. So our grandmas know firsthand that having a healthy sex life is key to a long, fulfilling life —and they don't necessarily need us to tie the knot first, either.

"I went to Catholic school and had a phase where the convent seemed very appealing. My grandmother said: 'Nuns don't get none.'" — Female, age unspecified

Not everyone is down with period sex. But looks like bloodhounds could learn a thing or too from your Gram.

"My grandma is a big advocate of period sex. Once she gave me a reusable tampon sponge as a gift, because you could have sex with it in. She gave one to my mom also." — Female, age 22

3. Birth control is your friend.

Think you're not ready to be a parent yet? Well, apparently, neither does your grandma.

"When you travel, always get yourself a big box (in the three digits) of condoms." — Male, age unspecified

"'Sex =/= Love. Just because the sex is good does not mean that the relationship is good. Grab yourself some self-given orgasms then see if you still love him so bad.'" — Female, late 20s

Hindsight is 20/20, and your grandma has a ton of it. She knows that whether you're trying to decide to go home with that guy from the bar or deciding if you should move in with your boyfriend, following your heart is always the best move.

"From my great-grandma: 'Dump any man who comes home with different lipstick on his collar.'" — Female, age unspecified

6. Don't rush into a relationship.

According to Pew Research Center, the median age for first marriage is now 27 for women and 29 for men, up from 20 for women and 23 for men in 1960. Given your grandmother probably got married much younger than you did, she may have some wisdom about rushing into things.

"The first time I told my grandma about a boyfriend, she rushed and said, 'You know you don't have to get married and settled down yet!' She got married pretty young, and while she is still happily married she has expressed that she wasn't particularly happy about getting married and having kids when she was still in her prime." — Female, age 21

"'I've learned a lot in my 90 years and I've changed my mind about a lot of things. I don't care if you and your boyfriend ever get married or just live together. You are just a great couple and I want you to be happy.'" — Gender and age unspecified

Even though some of our grandmas have a refreshingly progressive attitude toward sex, some of them clearly still think it's a bad idea — especially if your partner has a "stubborn nose."

"When I was in the fifth grade my grandma shared with me a 'true story' that went like this: 'We had a family friend, he was going to be a doctor. Then he had sex once and got a girl pregnant and could not finish his studies. Now he is a nurse. Just a nurse.'" — Female, age 21

"'Are you a virgin? In my village in Korea, a man's family could return you if you had sex before marriage. Now girls are having sex. I don't think you should have sex with your boyfriend. He has a stubborn nose, will not be a good partner.'" — Female, age 20

If your grandma has ever loudly criticized your nose ring at a family reunion, you know that most older ladies don't really have a filter. But as much as we may want our grandmas to stop oversharing at times, many are also open to you loving whoever you want to love, no matter who they are.

9. Buy a house with two toilets.

"The key to a happy marriage is separate bathrooms." — Female, 27