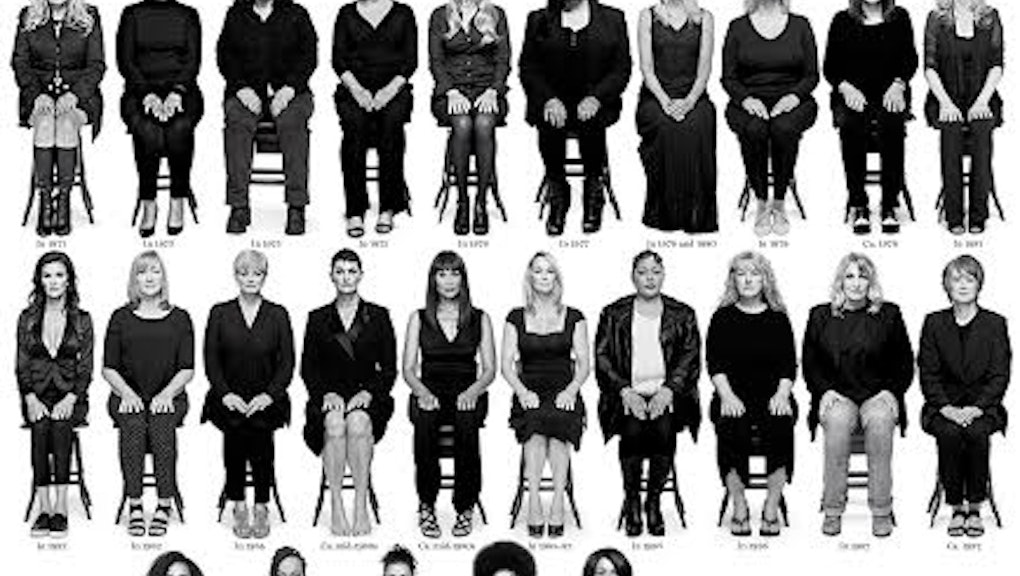 Women have accused comedian Bill Cosby of sexual assault for decades. In recent months — after additional allegations were made, public pressure intensified and a previously sealed 2005 deposition in which Cosby admitted to obtaining quaaludes with the intention of giving them to women unearthed — it seems the nation has finally accepted what they have persistently ignored for so long: "America's dad" has deeply harmed dozens of women.

But while much of this saga has focused on Cosby's alleged transgressions, silence and eventual defense, the latest issue of New York magazine is shifting that focus to the testimonies of 35 of the 46 women who have accused Cosby of sexual assault. Their words are not only personally emotional, but powerfully revealing. They chronicle the stronghold rape culture still holds over American society.

Here are just some of features of this destructive culture revealed in their stories — aspects that we clearly need to contend with once and for all.

One of the most common themes in the survivors' testimonies is that they feared — or directly confronted — public disbelief of their claims. Even though, according to a research analysis by the National Center for the Prosecution of Violence Against Women, only 2% to 8% of rape allegations are false, this disbelief is part and parcel of rape culture.

"I felt like a prisoner," Barbara Bowman told New York. "I felt I was kidnapped and hiding in plain sight. I could have walked down any street of Manhattan at any time and said, 'I'm being raped and drugged by Bill Cosby,' but who the hell would have believed me? Nobody, nobody."

Another woman, Sunni Welles, concurred. "My mother didn't believe me initially, either," she told the magazine. "You've been hurt to a level that a lot of people don't really understand. Still, to this day."

2. Survivors are blamed — and blame themselves — for the crime committed against them.

In addition to failing to believe survivors, plenty also blame them for the crime itself: 54% of women who responded to a 2010 survey in London, for example, said victims should be held at least partially responsible for their rapes. This often results in survivors not only feeling doubted by others, but also internalizing blame.

"I kept it a secret because I was so ashamed and embarrassed about allowing something this horrible to happen to me," Linda Brown told NewYork magazine. "Originally I thought I was the only one to fall into that trap."

Since very few people accused of rape ever even see a day in jail (2% according to the Rape, Abuse and Incest National Network) many of the women did not come forward. The turning point for many of Cosby's reported victims, therefore, came when they realized they were not alone — and, therefore, not personally at fault for what occurred.

"I read Barbara Bowman's piece in the Washington Post, how no one believed her, and I said, 'This is it. I have to say something now. I have to stand up and say, Yes. Somebody else does believe you, because it happened to me,'" Joan Tarshis recalled.

"I really felt for all those years that it was just me, that I was alone. With all of the other women coming forward, it just really felt — this is the right time. It's okay. I can step out of this door that I've been trapped behind."

3. The experience of assault — and the decisions one makes regarding it — is personal and influenced by a variety of factors.

Several of Cosby's survivors described feeling influenced by the tension brought on by racial identity.

"I also had the extra burden of not really wanting to take an African-American man down," Jewel Allison said. "I've always been very closely involved in the black community. And for me to come forward and basically destroy this very positive image of, as few as we have, of African-American men in America, it was just too difficult to do at that time."

Another survivor, Beverly Johnson, echoed this sentiment, noting that the weight of accusing an African-American man of such a crime is still a weighty decision.

"It comes at an inopportune time for a black man of Cosby's stature," she said. "It's a conversation of race very much needed in this country for centuries, and there's a conversation about violence against women that's also needed. You have these two conversations happening. Just so happens that I am a black woman. Once I made the decision, I knew that [it] was going to be fraught with a lot of conflicting views. No one wants to be victimized again."

4. We still uphold the notion of a "perfect victim."

One major critique waged to discredit Cosby's accusers is that many were up-and-coming, even struggling, young performers, who were using the comedian to gain fame — and therefore were somehow to blame for whatever they got in return.

Autumn Burns told New York she saw this accusation everywhere. "Seeing bits and pieces on the news and then overhearing some women talk about the girls in a negative way — it infuriated me," she said. "They were saying that they were doing it just for publicity; they must be getting all kinds of money. I interrupted them. 'I'm one of them,' I said."

But while this paints the accusers as seeking out Cosby for his influence in the industry, New York reports Cosby asked agents specifically to introduce him to struggling models and actresses under the guise of mentorship.

"One other thing besides being survivors, we were career-oriented women," Sammie Mays confirmed. "That's how Bill Cosby gained access to each of us."

But their ambitions or time spent with Cosby have no bearing on whether or not assault occurred. Such notions value the idea of the so-called "perfect victim" over others.

"I wanted to spend time with him because this is the man who said he was going to help me with my career," Patricia Leary Steuer told New York. "So I thought, 'Okay, I'll take the pills.' I really had no idea what his modus operandi was. ... I placed my trust in a flawed human being. I don't want to ever be seen as his victim. What happened happened."

5. Rape culture is a product of, and bolstered by, a patriarchal and sexist society.

Though dozens of women had spoken out, it took a man — comedian Hannibal Buress — incorporating a searing critique of Cosby's alleged sexual assaults into his stand-up routine to prompt renewed focus on these cases.

"You know, a woman can be not believed for 30 years," Victoria Valentino, whom Cosby allegedly assaulted in 1969, told New York. "But it takes one man? To make a joke about it? That fucking pissed me off so bad."

And, of course, Cosby himself — as a wealthy man in a society that prioritizes that identity above all else — was protected by this same type of privilege for years. As one accuser, Helen Gumpel, said, her assault "was never a secret" but she found "no one wanted to attack" Cosby. "He was a massive money-maker, and who would believe someone with no power — a woman with no power?"

6. Social media has played a huge role in pushing back.

Though frustrating to many, it's undeniable that Buress' routine incited the renewed charge against Cosby, and did so in no small part thanks to the enraged fans sharing it on social media.

"In 2005, Bill Cosby still had control of the media," Tamara Green told New York. "In 2015, we have social media. We can't be disappeared. It's online and can never go away."

For many, reclaiming a narrative that wreaked havoc on their lives has been empowering.

"I'm no longer afraid," Chelan Lasha said. "I feel more powerful than him."