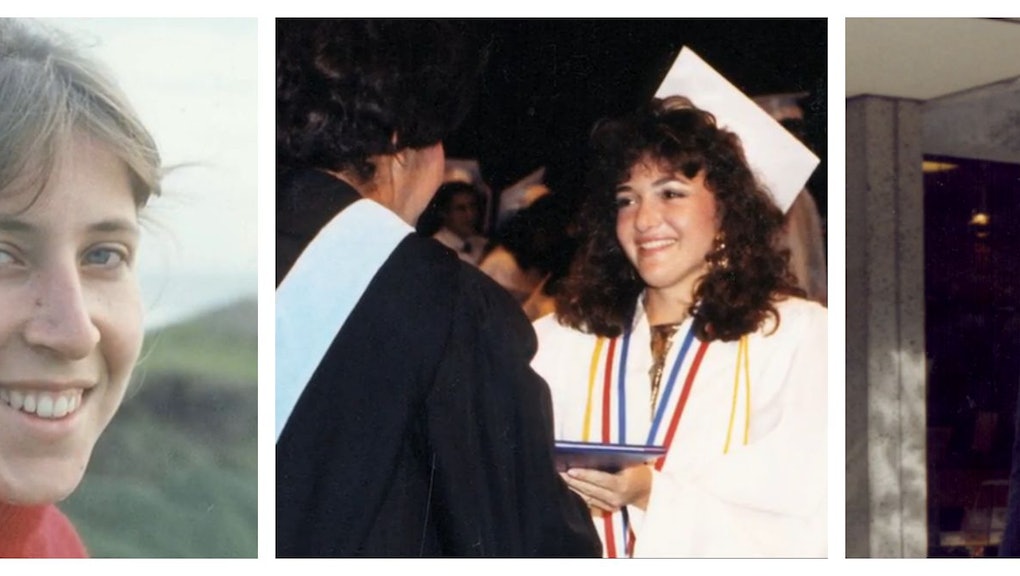 Much has been said about the younger lives of the world's biggest tech titans. Steve Jobs was traveling around India, Mark Zuckerberg was already a billionaire, and Larry Page and Sergey Brin were toughing it out as Ph.D. students at Stanford.

But what about tech's women heroes?

Like Jobs, most were in the infancy of their careers and hadn't yet struck gold. But they were well on their way: Xerox CEO Ursula Burns, for example, had just started as an intern at the company she would later run; at 21, Hewlett-Packard CEO Meg Whitman was toiling away at Harvard Business School with bankers and military members years older than her; Marissa Mayer was Google's first female engineer.

While Jobs and Gates were charmed enough to pursue slightly more unconventional paths to success, tech's top women were doing things the old-fashioned way: working their way through the ranks, forging relationships with the right people and keeping their sights set on what was ahead of them — all while balancing the unique challenges that came with fitting into an industry dominated by men.

1. Sheryl Sandberg was the go-to woman for one of America's most powerful men.

While attending Harvard University in the 1980s, Sandberg took future Treasury Secretary Lawrence Summers' class in Public Sector Economics. Though she didn't actively participate — a New Yorker profile of Sandberg noted she "did not speak or raise her hand" — she scored the best midterm and final grades in the class. Summers eventually became her thesis adviser; years later, at the age of 29, she became his chief of staff.

But while Sandberg has become the de facto spokeswoman for leaning in, she hasn't always been a proponent of the advice. In her famed 2013 book, she described how Summers told her to move to Europe after graduating from Harvard to pursue international fellowships. Instead, she nixed the suggestion "on the grounds that a foreign country was not a likely place to turn a date into a husband. Instead, I moved to Washington, D.C., which was full of eligible men."

"That didn't work out so well," she told the Guardian: She married at 24 and divorced a year later.

2. Susan Wojcicki was using her garage as the world's most famous incubator.

Though it technically happened when she was 30, YouTube CEO Wojcicki's famous decision to rent out her garage to two young, unknown Stanford computer programmers — Larry Page and Sergey Brin, future Google co-founders — proved to be one of the most fortuitous of her career, and one that likely changed history.

"They were looking for office space," she explained in an interview with Makers, a video series featuring notable women. "They came over, looked at the space and said, sure, we'll take it — there's a hot tub, there's a washer and dryer. They wrote me a little security deposit, it must have been on one of the first Google checks, and they moved in the next day."

At the tender age of 24, Mayer became Google's 20th employee and its first female engineer.

But first, she had to reckon with the company's conference table space — a Ping-Pong table. "During my interviews, which were in April of 1999, Google was a seven-person company," she said, according to Business Insider. "I arrived and I was interviewed at a Ping-Pong table which was also the company's conference table, and it was right when they were pitching for venture capitalist money, so actually after my interview Larry and Sergey left and took the entire office with them."

(She nailed the interview, even though she was reportedly asked things like "How would you write a spell-check program when you have a vocabulary so big it won't fit in a computer?")

4. Ursula Burns was repping it as an intern.

In 1980, while she was in her early 20s, Burns took a job as a mechanical engineering summer intern at Xerox — a massive, multinational corporation she now runs. She worked her way up the ranks, proving to managers every step of the way that she had the skills necessary to ascend within the company. (Tell that to anyone who disparages interns.)

5. Meg Whitman was kicking ass and taking names at Harvard.

Like Mayer, Hewlett-Packard CEO Whitman started out young. She entered Harvard Business School at 21, and was intimidated by what she found: "I was scared to death," she told Fortune in 2003. "On my left was someone who'd been at Chemical Bank for four years, and on my right was someone who'd been in the Army for nine years. They also tell you 10% of the class fails out. For the first year I did almost nothing but work."

It paid off: She has served as the CEO of both eBay and Hewlett-Packard, as well as an executive for Proctor & Gamble, DreamWorks and Hasbro.

6. Jess Lee was a super-user of the website she would eventually run.

As the only woman on the list under the age of 35, Lee still has quite a bit of her career ahead of her. But the way the onetime Mayer protégé spent her 20s is paying off: She's now the CEO and honorary co-founder of Polyvore, a website that helps users make digital collages.

Once a product manager at Google whom Mayer told to always choose the most challenging option, Lee took a job at Polyvore after starting out as a user. She had sent its three co-founders an email with a laundry list of issues she had with their product — as well as suggestions for how to fix them.