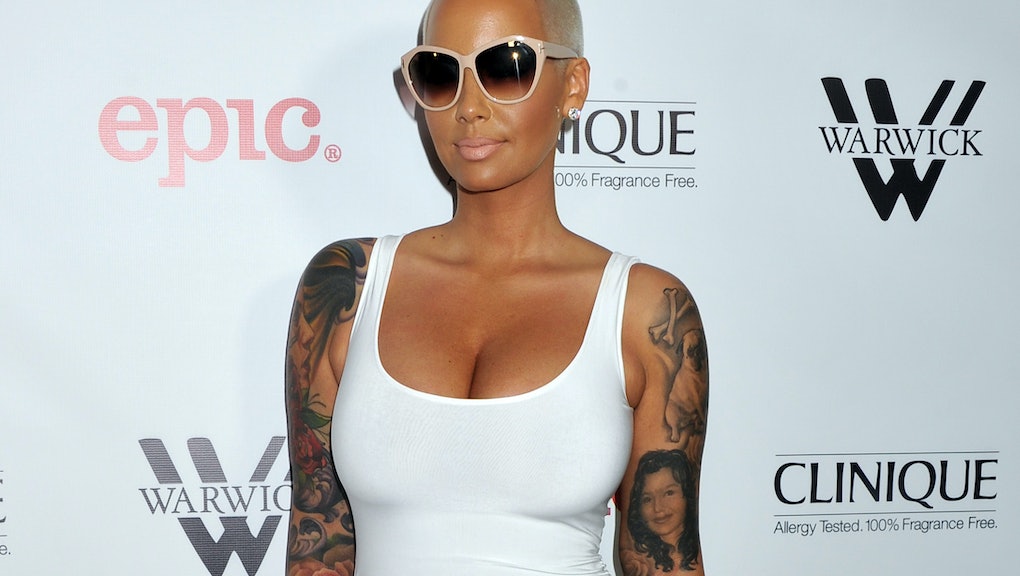 Amber Rose Just Perfectly Shut Down a Slut-Shamer on Instagram

The consistently badass model/actress/soon-to-be author recently took to her comments section to shut down a troll who cast aspersions on Rose's character and insinuated that she only "fucks rappers."

As Rose notes, slut-shaming is not always as simple as being called a "slut." The fact that one of her followers went out of their way to label her as someone who only "fucks" rappers, when the rappers in question were people she was in committed relationships with, exemplifies our culture's tendency to reduce women to their sexual history.

"Me dancing and having fun doesn't make me a slut or a bad mom," Rose noted in the post's caption.

The comment appears to have been in response to Rose's upcoming Slut Walk, planned for October in Los Angeles. The event aims to raise awareness of rampant victim-blaming, inspired by a 2011 incident in Toronto in which a police officer advised young women that if they don't want to get raped, they should avoid dressing like "sluts."

"We join the movement on this cause against sexual injustice, victim blaming, derogatory labeling and gender inequality," Rose's website reads.

While we typically think of slut-shaming as a male-perpetrated act, it appears that in this case, the author of the Instagram comment was a woman. "I have never been torn down so bad by WOMEN," Rose told her 7.3 million followers. "I'm having this Slut walk for all of us to not get torn down by men, and instead of u girls researching exactly what a Slut Walk is ur just calling me a Slut."

Rose's experience reminds us that women can also be guilty of perpetuating such damaging double standards. In fact, one British study from last year found that women use misogynistic language and insults on Twitter just as much as men do. Research indicates that women tend to use the term "slut" for a number of reasons, including to deride women from different classes as themselves, or just merely as a catch-all default insult meant to stand in for "I don't like you."

But whatever the motivation is behind slut shaming, doing it is not OK, so props to Rose for calling it out and trying use her platform to make a difference. In the meantime, it's good to know that Rose has an ally in Ms. Norbury from Mean Girls.