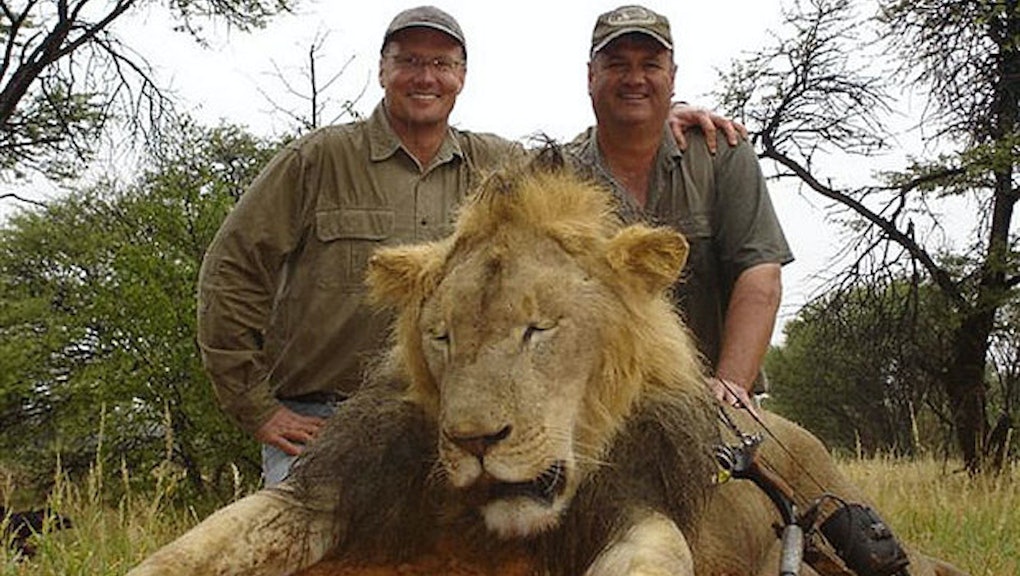 Walter Palmer, the Dentist Who Killed Cecil the Lion, Is Getting Totally Demolished Online

As an avid hunter, Walter Palmer, a Minnesota dentist, has been on numerous big game expeditions over the years. But when he shot Cecil, a 13-year-old lion from Zimbabwe's Hwange National Park, with a crossbow, Palmer quickly found himself facing backlash from basically the entire Internet.

On Tuesday, social media erupted in anger at the dentist after news emerged Palmer had killed, skinned and decapitated Cecil. For hours on Tuesday, the website for Palmer's practice, River Bluff Dental, remained all but unreachable, likely due to an avalanche of web traffic. A quick look at the company's social media pages indicated the same.

On Facebook, angry commenters flooded River Bluff Dental's company page before the public profile was taken down. Screenshots by BuzzFeed capture only a snapshot of the fury.

There was a similar reaction on Yelp. By 2:00 p.m., the company's page on the review website was filled with users trashing Palmer while giving his practice five-star ratings in order to push them up the page.

Cecil had been the star attraction of the Hwange National Park and had been under observation by a team of Oxford University researchers. Palmer is suspected of paying more than $54,000 in possible bribes in order to hunt the animal. Professional animal rights activists decried the news, with PETA chief Ingrid Newkirk going so far as to call for Palmer's execution.

An apologetic statement by the dentist issued Tuesday, in which the hunter said he was unaware that Cecil was famous, did little to calm the fury.

Repeated calls by Mic to River Bluff Dental reached a busy signal. Photos taken from outside showed the practice shut down with the shades drawn.