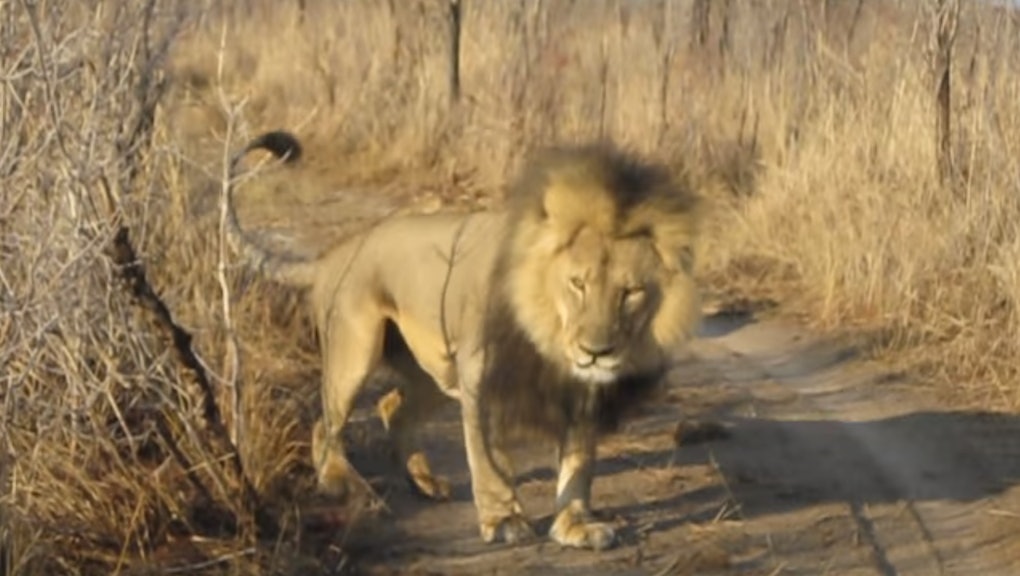 Hundreds of thousands of people have signed a petition demanding Walter Palmer, the Minnesota dentist who shot Zimbabwe's beloved Cecil the lion, and others responsible for the animal's poaching be brought to justice.

"The hunters reportedly lured Cecil out of Hwange National Park, where it is illegal to kill wildlife, at night. Cecil was shot with a bow and arrow," the petition reads. "The wounded lion didn't die until 40 hours later, when the hunters tracked him down and shot him with a rifle. They then skinned and beheaded him."

"The Zimbabwe Professional Hunters and Guides Association confirmed that Cecil was killed outside the park on private land, and an investigation is ongoing into the legality of the hunt," the petition reads.

The petition argues that Cecil's pride will likely collapse as a result of his death, leading to the killings of seven endangered lion cubs by another male lion.

Two Zimbabwean hunting guides, Theo Bronkhorst and Honest Ndlovu, whom Palmer paid at least $50,000 to help him find and kill a lion, have been arrested for allegedly luring Cecil out of Hwange National Park. Zimbabwe Conservation Task Force chairman Johnny Rodrigues told Mic authorities believe Palmer shot Cecil with a bow and arrow and then a rifle before attempting to destroy the lion's GPS tag.

For his part, Palmer insists he did not realize the hunt was illegal or that the famous lion was his target.

That hasn't stopped a deluge of offline and online criticism against Palmer and his dental practice, which prominently featured a photo of Palmer posing with his kill on its Facebook page before viewers noticed it was likely Cecil.

The area outside his office has been turned into a makeshift memorial for the lion, while late night host Jimmy Kimmel devoted his Tuesday night monologue to calling Palmer "the most hated man in America who never advertised Jell-O pudding" and asking, "Is it that difficult for you to get an erection that you need to kill things?"

"Cecil is not the first lion to be hunted illegally in Zimbabwe," LionAid trustee Pieter Kat told Mic. "The fact that Cecil was enticed by bait out of a national park is a strong indication that the hunting concessions are so devoid of lions that they now need to resort to illegal activities."