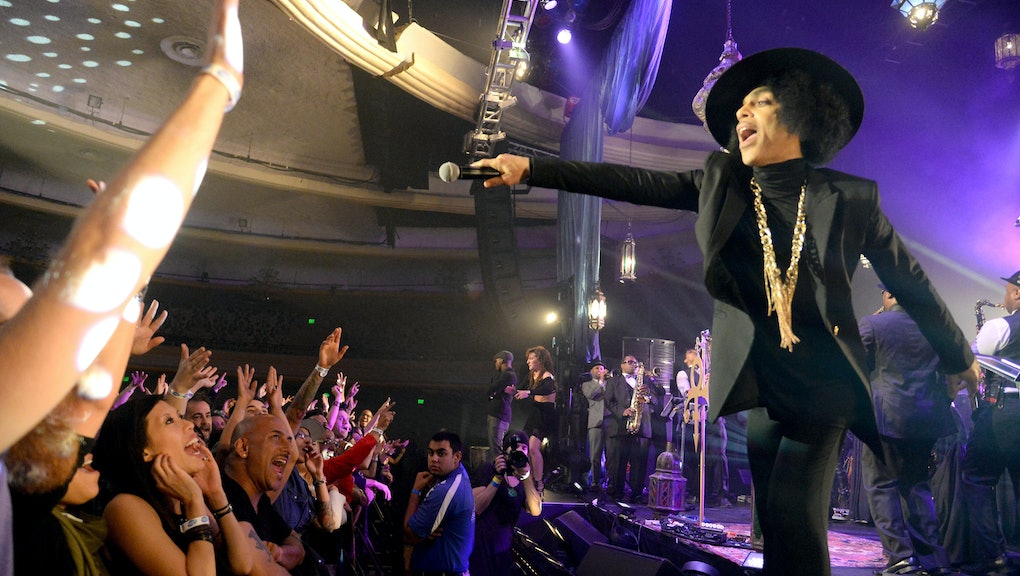 Prince seems to be messing with us.

After pulling all his music from all streaming services except Tidal earlier this month, the Purple One just released a new single exclusively on Spotify. Entitled "Stare," it is the only Prince song on the service. Thankfully, it's funky as hell, giving us all the loving we need.

Such a tease: "We like you to stare," Prince sings over the song's irresistible slap bass line. He playfully recounts portions of his legacy in the lyrics and the music, calling back the guitar riff from his 1986 "Kiss" a minute and a half in. He talks about the pleasure he gets from stringing his audiences along, keeping his funk just out of reach — which it is, except for those few diehard Tidal users.

Prince's attitudes toward streaming and technology remain difficult to pin down. He was one of the first to release an album for digital download with 1998's Crystal Ball. But he quickly soured on the form, and in 2010 famously declared: "The Internet's completely over." He continued to the Daily Mirror, "I don't see why I should give my new music to iTunes or anyone else. They won't pay me an advance for it, and then they get angry when they can't get it."

But now, he seems to have tempered his views a bit. He even released some songs for free recently via SoundCloud, including "Baltimore" addressing the April uprising, and the July 1 release "HARDROCKLOVER."

Where he'll choose to distribute his next music is anyone's guess. He apparently has tons stored away in his vaults, ready to go at any moment. Until that starts to trickle out, we'll have no choice but to keep staring.