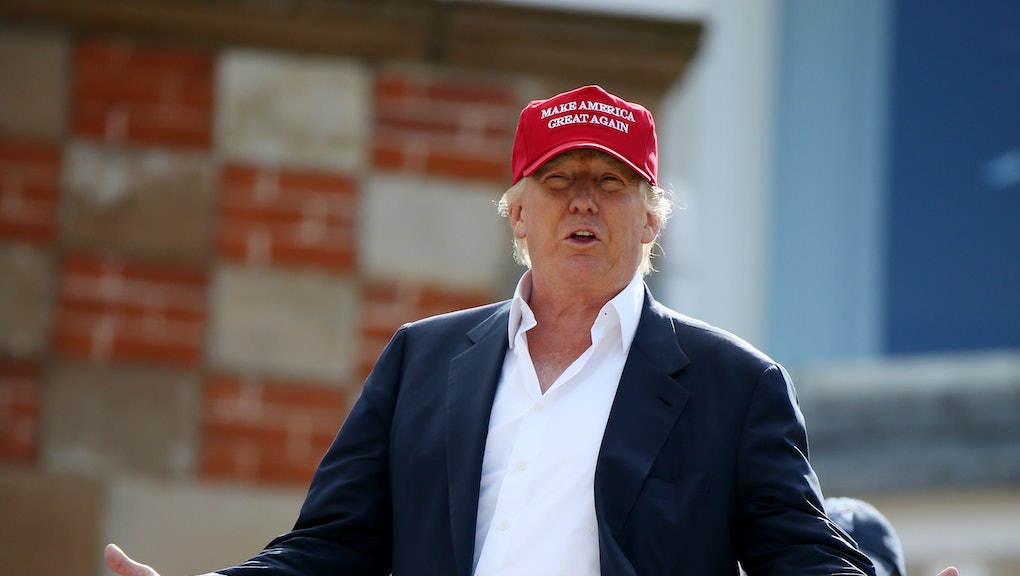 Donald Trump thinks the living situation for black people in the United States is "worse than just about ever," he said in a phone interview for ABC's This Week on Sunday.

Trump, the Republican presidential candidate currently making his rounds in the media and gaining in presidential polls, told ABC's Jonathan Karl he thinks he will win the majority of black votes in the presidential election and that President Barack Obama "has set a very low bar and I think it's a shame for the African-American people."

In the interview, Trump, who tells Karl he's confident he will secure the majority of votes from African-Americans and Hispanics, goes on to air his thoughts about the president's performance in office so far:

This isn't the first time Trump has caused controversy when speaking on minorities. Most recently, the billionaire real estate tycoon had some choice words about Mexicans in his presidential announcement speech:

Still, the presidential hopeful is actually polling higher than any other Republican candidate in the race so far, and is seemingly unabashed by the critics of his opinions on minorities in the United States and abroad. Trump posted the following to his Twitter the day after his ABC interview: