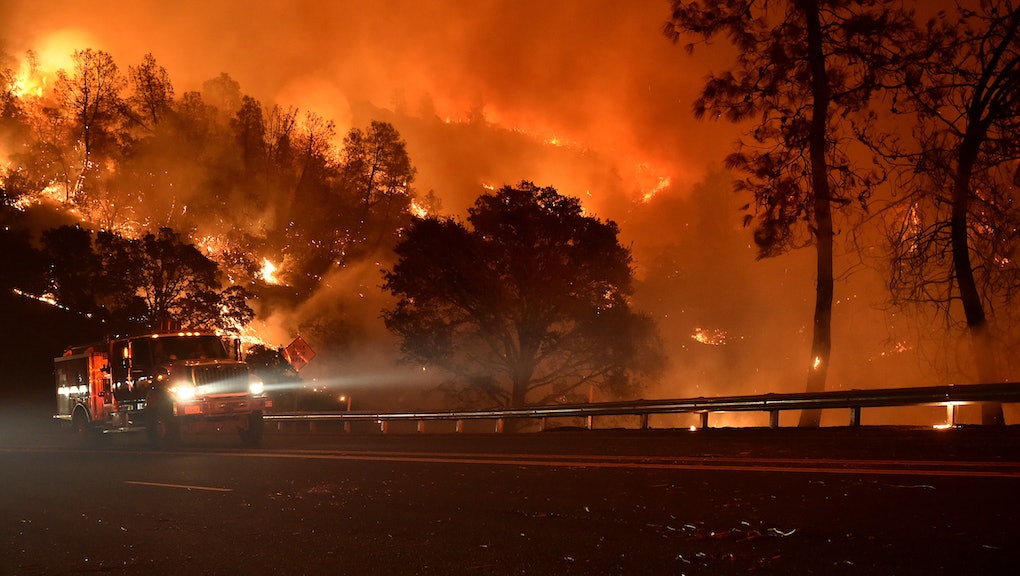 It may look like something out of Mad Max: Fury Road, but the apocalyptic scenery in the photos below come from California's Lake County, where a 54,000-acre wildfire known as the Rocky Fire is just 5% contained as of Monday.

The California Department of Forestry and Fire Protection tells NBC 12,000 people have been ordered to evacuate, two dozen homes have been destroyed and 6,000 other buildings are at risk. As of Monday, 2,000 firefighters were committed to fighting the blaze, and another 6,000 were battling the 20 other large fires burning across the state.

"The conditions and fire behavior we're seeing at 10 in the morning is typically what we'd see in late afternoon in late August and September," Nick Schuler of the Department of Forestry and Fire Protection told CBS. "But because of the dry conditions, because of the drought-stricken vegetation accompanied by the steep terrain and winds, we're seeing fire activity that's abnormal for this time of year."

The New York Time recently reported experts believe California's ongoing multi-year drought is to blame for the wildfires, noting that "between Jan. 1 and July 11, California fire officials have responded to more than 3,381 wildfires, 1,000 more than the average over the previous five years."