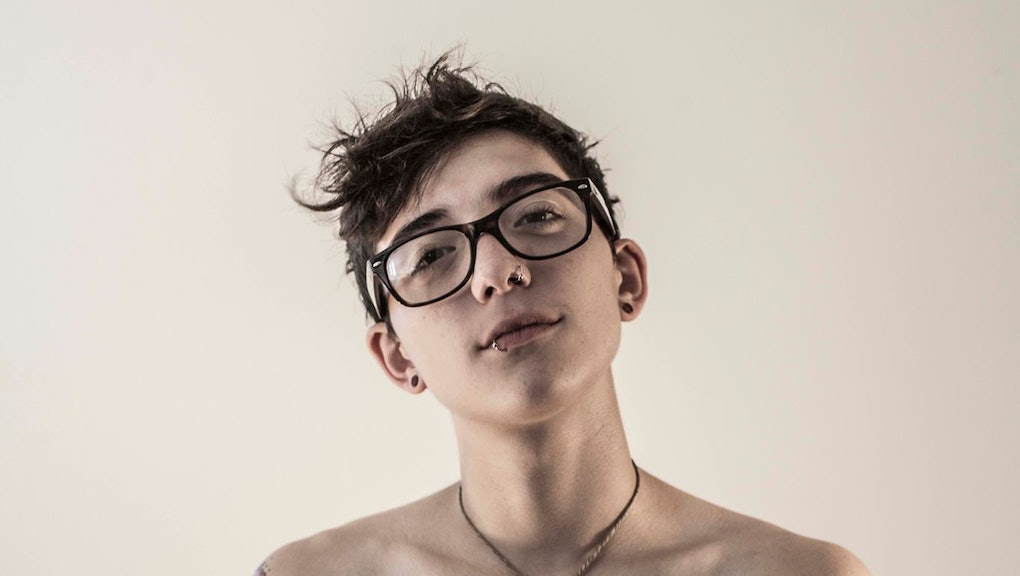 Transgender Singer Accuses 'American Idol' of Trying to Exploit Him

American Idol has never been about the singing. It styled itself as a singing competition for years, but it's always been just a TV show. Its latest controversy proves it.

Transgender singer Ryan Cassata took to Facebook on Thursday to share a disturbing interaction he recently had with representatives from the Fox show, a Billboard story released Tuesday reports. The show had recently reached out and begged Cassata to try out, not because they appreciated his talent, but because they wanted a transgender person to compete.

But according to Cassata, they were looking for a specific kind of transgender person.

"You don't want someone 'that people might make fun of, or [someone] who looks too much like they are men who transitioned to women, or look FAKE or GIMMICKY,'" Cassata quoted representatives of the show as saying in a Facebook post. "You said you don't want a transgender person 'WHO STICKS OUT LIKE A SORE THUMB.' You also referred to trans people as 'MEN IN DRESSES' and 'TRANSGENDERS.' That is very ignorant, and transphobic."

But Cassata refuses to be that "TOKEN TRANS person for America to gossip about, to hype up the show."

Greasy: "American Idol isn't punk rock, punk rock is about being honest, and American Idol isn't honest. It's mostly pre-casted, and deep down, it probably isn't even about singing anymore," his post reads. Cassata would know better than most. He competed on the show last year, at the show's request, but got cut because he wasn't "contemporary enough." But now that transgender issues are "trendy" topics, he appears to be what they're looking for.

"I was contacted again in June after Caitlyn Jenner was in the media, and the first thing they said to me is, 'We want a transgender person on this show,'" Cassata told Billboard. "They don't want a singer and transgender; they want someone that's transgender and a singer, and that's not the right reason to go on the show. So now I'm 'contemporary enough' because being trans is such a hot-button issue in the media right now."

Cassata further elaborated on what the show was looking for. "You told me that American Idol wants 'sexual BLONDE GIRLS who are DUMB' and 'BLACK GIRLS who are DRAMATIC.' That is sexist and racist," his statement reads.

What do you have to say for yourself, American Idol? The show has responded to Cassata's claims, saying their reaching out had more to do with giving contestants a chance to see if their voices have improved. They did not directly address Cassata's claims of sexism and racism.

"American Idol searches far and wide to ensure that talent in any part of the country has a chance to audition," the show said in a statement issued to Billboard. "Our audition team has often reached out to former participants to audition again. Many find that their voice improves over a year and they have greater success in their second or third attempt. American Idol is about finding great talent and the show welcomes diversity in its participants. We will look into the veracity of the statements in Ryan Cassata's open letter."

But Cassata doesn't need what American Idol is trying to offer. He's already working on his 10th album. He's performed on stages around the country, including the Vans Warped Tour in 2013 and 2014, after he won the tour's Battle of the Bands contest both years. He believes he's the first openly transgender person to play the Warped Tour.

Cassata says American Idol would try to exploit and control him if he agreed to take their stage. But the pop show is far from the only culprit. He says much of today's media is exploiting transgender communities right now, portraying only a narrow sliver of what transgender identities can look like.

"It's a lot of exploitation, and most of the representation in the media right now is very binary and they are just showing gender as male and female and stereotypical feminine and very stereotypical masculine," he told Billboard. "They are not showing anyone in between, and there are so many people that are in between, and I am afraid that all of those people are left out and feel alone."

Similar criticisms were aimed at Vanity Fair following Caitlyn Jenner's cover for playing into a stereotypical, highly sexualized portrait of femininity. The way media reinforces these standards that persists across the space, and it doesn't seem like American Idol is going to be show to change them. But Cassata's public response helps us take that first step.