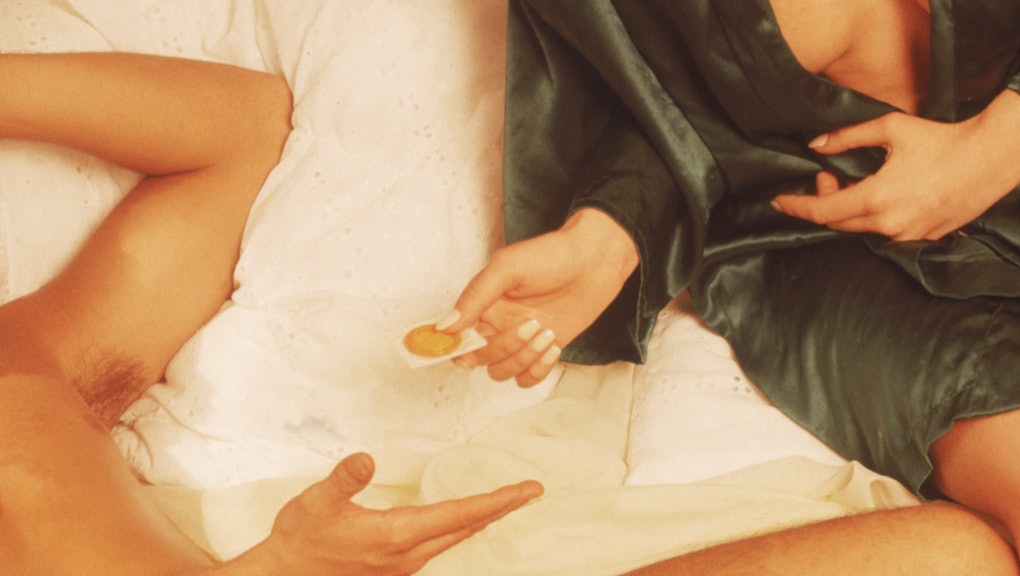 7 Lessons We Can Learn About Intimacy from Professional Sex Workers

As Robin Hustle wrote for Jezebel in 2013, emotional labor is defined as a field in which "a worker's emotion is the commodity." Emotional laborers are required to be constantly nurturing and present, so they can invoke certain emotional responses in their clients. The relationship between a nurse and a patient, for instance, falls into this category, as does nanny and child, or even bartender and customer. Sex work, Hustle argues, can also be classified as emotional labor.

While this terminology might not be in line with the stigmatized view many people take of sex work in its various forms, sex workers have much more emotionally charged and intimate relationships than we think. In fact, research conducted between 2006 and 2011 found that one-third of men who seek out the services of sex workers are doing so not for sex, but rather for "emotional intimacy."

1. Most people want to experience the feeling of intimacy that comes with a committed relationship.

We live in a world where many people shy away from traditional relationship labels and commitment. But a number of sex workers are finding their clients don't just want sex. They also want to get a taste of the feelings that come with supposedly outdated dating conventions.

"I offer my clients 'the boyfriend experience,'" Viktor Belmont, who works through Rentboy.com, a male escort classifieds site, told Mic. "A lot of them are seeking care and intimacy."

Melissa Petro, a former escort, has noted her straight male clients often sought the same thing. "I advertised myself as a 'non pro' and sold what amounted to 'the girlfriend experience,'" she wrote in an essay for Salon in May. "This meant that after a man had answered my ad, we'd arrange to meet and have a drink or two, just as if it were a real date.

"Then — just like a 'real' couple — we'd go back to his place or mine where we'd kiss, fondle and, ultimately, have sex."

2. Having chemistry with a partner isn't something that happens spontaneously. You have to work at it.

"So many people just wait for intimacy with a partner to strike," he told Mic. "But the truth is that you can generate it yourself." Understanding this, he said, has allowed him to be more empathetic and receptive toward his partner's needs in his real-life relationships.

3. Demanding better sex can improve both your sex life and your self-esteem.

"As a femme, especially a fat femme, I was culturally taught to believe I had to be grateful for any attention I got — always passive and always good, giving and game," she said. "As a sex worker, however, I became confident in only engaging in the kinds of intimacy that felt mutually satisfying, and that carried over into my personal life in a really positive way."

If the 67% of women who've reported faking orgasms are any indication, then Stryker's experience is hardly unique. Her words are a reminder that demanding an orgasm when you want one can have tremendous benefits for women across the board.

4. Physical appearance doesn't play as large a role in attraction as we might think.

"But having access to that kind of partner for so long will quickly clear up how important physical characteristics are to you."

The idea that there's more to romantic compatibility than physical traits is supported by research. One recent study found the more we get to know someone personally, the more we become attracted to them — regardless of our initial physical impressions.

5. Verbally stating your desires can revolutionize your sex life.

We already know that explicitly expressing consent is both important and sexy, but so too is explicitly stating exactly what kinks and fetishes we're into. Viktor, who is trans, has found that this is at the core of his work. "It's all based off of verbal advocacy," he said. "Specifically stating, 'This is what I want. This makes me feel good.'"

Indeed, advocates for speaking up about what turns you on have long noted it can drastically improve your sex life. Sex columnist Dan Savage, for example, suggests simply asking your partner, "What are you into?"

"When that question is asked," he said in a 2013 video interview, "you are empowered."

6. Our personal fetishes and kinks are nothing to be ashamed of.

Given our society's tendency to view fetishes as "perverted," some people may feel ashamed of having certain non-normative desires. Raj, another escort from Rentboy, is quick to point out that for many of his clients, their reasons for seeing him are rooted in their desire to embrace their kinks without shame. "There's so much stigma," he said. "And there's a fear of being judged."

Viktor echoed this statement: "Our jobs empower people to enjoy sex more and be less ashamed of their innate desires."

7. Connecting with yourself is the best thing you can do to connect with another person.

Psychologists and memoirists have long praised the effects of self-love and self-discovery as pathways to creating more meaningful relationships. Raj, who told Mic he became an escort in part to improve his self-esteem, echoed this theory.

"Formulating my rentboy ad was a great exercise in tapping into what is unique about me and what I give to somebody when I'm with someone," he said. "It pushed me into being authentic with myself that much more, and when you're authentic with yourself, you're able to connect more with another person. That exchange is something you can't really make up."