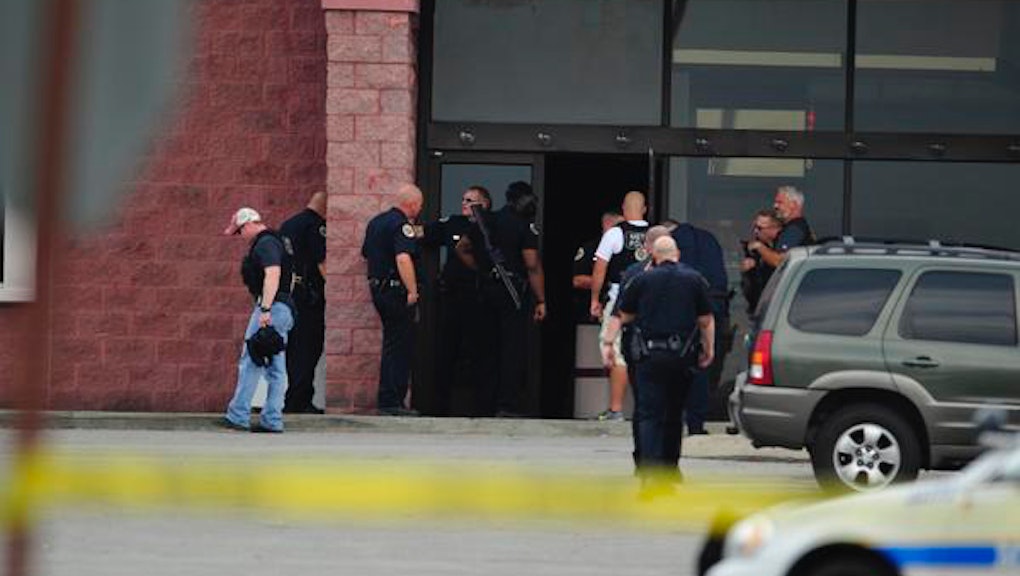 Police and SWAT teams shot and killed a gunman who was also carrying a hatchet during a Wednesday afternoon screening of Mad Max at the Carmike Hickory 8 movie theater in Antioch, Tennessee, roughly 12 miles from Nashville, according to the Associated Press.

The suspect has been confirmed to be a 29-year-old homeless man from the area named, Vincente Montano, according to the Tennessean. Montano had been previously hospitalized for mental health issues and was carrying an Airsoft pellet gun at the time of the attack.

Metro Nashville police's Don Aron reported the suspect was killed and three victims have been injured by pepper spray, and one of those also injured by the hatchet. Shortly after the gunman entered the theater, police responded to calls from nearby witnesses who saw audiences running out of the theaters.

Three people are being treated for pepper spray, which is believed to have come from the assailant, Brian Haas of the Nashville Fire Department told a group of reporters.

Two of the gunman's backpacks were left at the scene and are being examined by a bomb squad that was present at the scene following the attack.

Mattie Sanchez, a local resident who works at a nearby Sprint store that is in the same strip mall, told CNN that a middle-aged man wearing a "yellow-green shirt and black pants" with two backpacks tried to enter the store through an unauthorized entrance and was told to leave by Sprint employees.

The news comes less than a two weeks after John Russell Houser fired rounds from his handgun into the movie theater audience at the 7 p.m. screening of Trainwreck, killing three and injuring nine others in Lafayette, Louisiana.