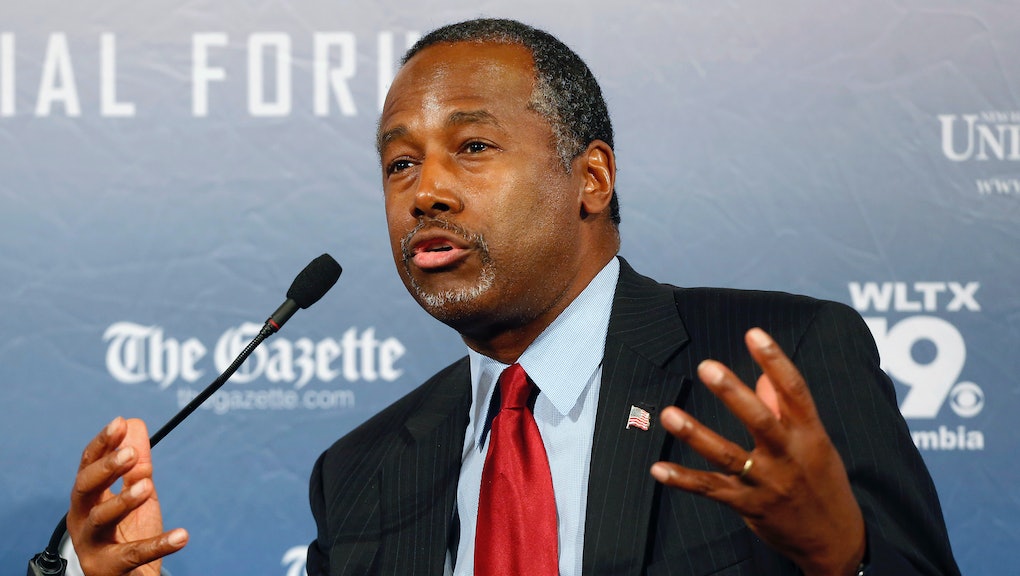 Most Americans outside spheres of conservative politics likely had little idea who Ben Carson was before May 4, the day the retired neurosurgeon announced he'd be running for president in 2016.

Three months later, Carson is among the 10 Republican candidates who made the cut for Fox News' anticipated first presidential primary debate, beating out Louisiana Gov. Bobby Jindal, South Carolina Sen. Lindsey Graham and former New York Gov. George Pataki, among others, for a spot on the debate stage.

Carson, 63, has been something of a celebrity in the medical community for his work in pediatric neurosurgery. (Cuba Gooding Jr. played him in "Gifted Hands: The Ben Carson Story," a 2009 movie based on Carson's life.)

He's received dozens of honorary degrees, a Presidential Medal of Honor and was a best-selling author and columnist, but where does Carson stand on key issues? Here's what Carson has said about gun control, immigration reform and education.

Carson told Bloomberg in November that "under no circumstances" would he "allow a bureaucrat to remove any law-abiding citizen's rights for any kind of weapon that they want to protect themselves."

Carson also said last year he would "never advocate anything to interfere with Second Amendment rights."

In an interview with PBS on Tuesday, Carson said he supported allowing undocumented immigrants to become "guest workers" who would pay taxes and "don't have to live in the shadows."

He also advocated for securing all borders, "not just the southern borders, because it's not just people from Mexico and Honduras. It's jihadists. We need to be able to secure those borders. And then we need to turn off the spigot that dispenses all the things that they're coming here to get."

Carson has condemned the Common Core national academic standards, something the Obama administration has championed. "Our public schools don't need some central government telling them how to do it," he said at the Conservative Political Action Conference in February.

He's also written on his website, "Our education system must be run by involved parents and engaged teachers and principals. Any attempt by faceless federal bureaucrats to take over our local schools must be defeated."