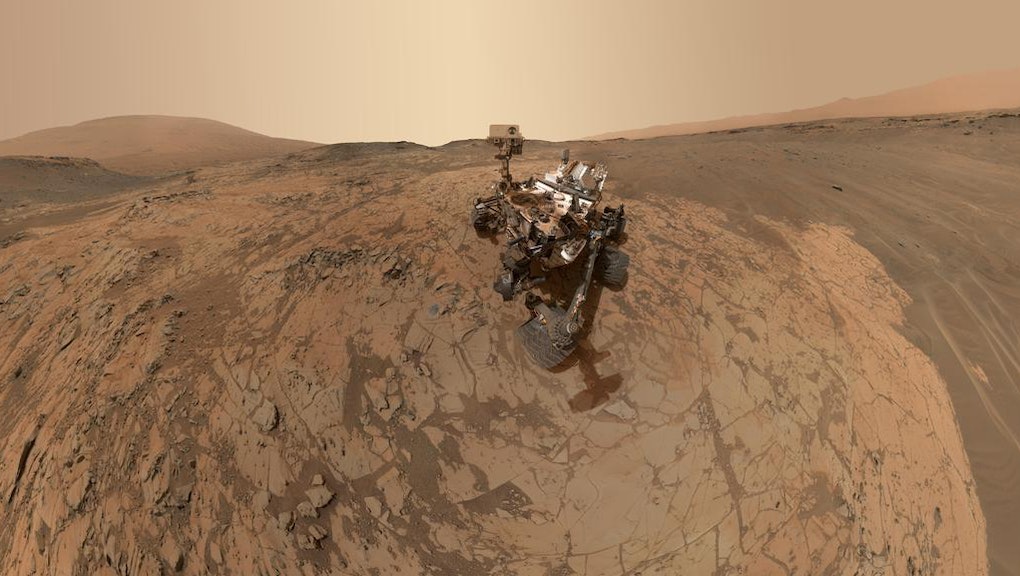 NASA's Curiosity Rover landed safely on Mars three years ago today. It's since made key discoveries about the Red Planet, giving scientists a better understanding of the planet's exterior and what's in store for the future of space exploration.

Now there's a new way to see Mars' surface, and you don't have to be at NASA's Jet Propulsion Laboratory to experience it. NASA and designer Brian Kumanchik built Experience Curiosity, a 3-D Javascript program that allows you to pilot a virtual version of Curiosity to various checkpoints on the Mars surface.

You can manually manipulate the different instruments on Curiosity, picking which of the rover's cameras you want to see through. You can also glimpse the rover in third person, see the Mars horizon and pivot around for different views.

Each of the checkpoints in the simulation signifies the research Curiosity is doing, including drilling the surface to get soil samples and exploring Pahrump Hills, which the rover observed during its roughly 7-mile cruise.

Don't think of Explore Curiosity as a video game. In real life, the robot moves at molasses speed. Even sped up 20 times in the simulator, it's still a very slow machine. First and foremost, this is an educational tool, and it offers amazing insight into what's happening somewhere else in our solar system. It even gives an interactive guide showing all of the rover's vital systems, along with the high-resolution images Curiosity actually took while doing its research.

It's funny to imagine teachers showing this to their students, knowing they just see it as a game. Hopefully they can be persuaded to understand this program represents one of the most promising discoveries in the history of human space exploration.

Three years after its descent, the plutonium-fueled Curiosity is slowing down — but it continues to creep across the barren rust landscape, looking for signs that would indicate suitability for human settlement. This four-wheeled robot could be scouting the future of humanity — and anyone with an Internet connection can see what it feels like pilot it.