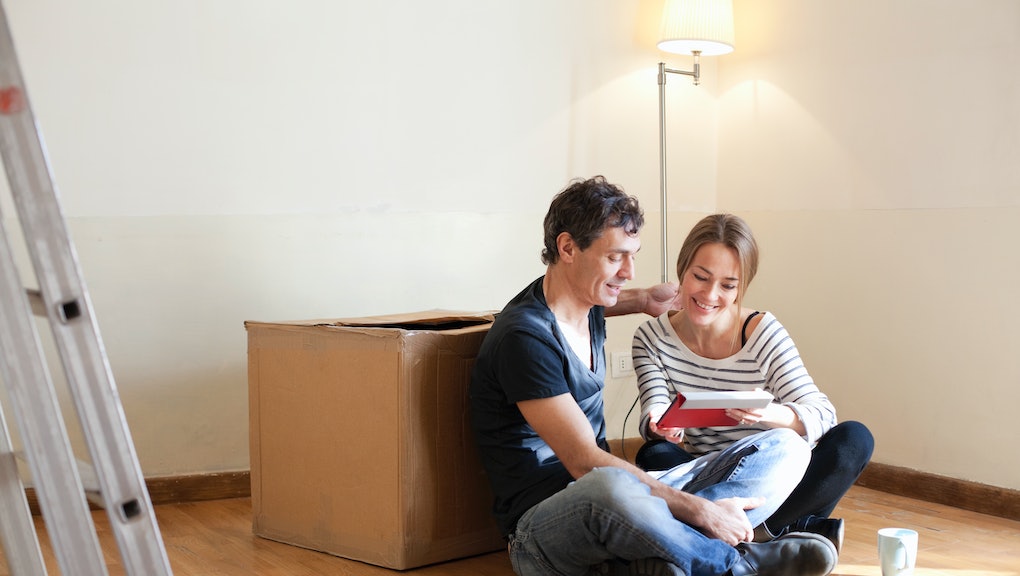 A study published in the Journal of Family Issues titled "When Two Become One" explores the age-old question of what happens to our relationships when, well, "2 Become 1."

Moving in with your partner can be awesome. But it can also create serious identity issues.

The study: Researchers from the University of Liverpool in the U.K. conducted in-depth interviews with 82 British adults. Of those men and women who had entered into a married or cohabiting relationship for the first time during the study, many noted they experienced a loss of their single identities after moving in with their partners.

"For me, the key finding in this research is that starting a married and, to a lesser extent, cohabiting relationship can challenge the way we think and feel about ourselves," Laura K. Soulsby, the lead author of the study, told Mic. She noted in the research that marriage and cohabitation were "associated with a process of depersonalization, which posed a challenge to private identity." So you know that friend of yours who got married in 2012 and you basically haven't seen her without her husband since? There's a scientific reason for that.

Respondents said sharing responsibilities with their spouse and having single friends who only wanted to hang out with other single people led to them feeling like they had "become one person." Sometimes, this led to people feeling socially isolated and detached from their non-married friends. "I find since we have become married [socializing separately] has become quite limited, to be honest," one of the study's respondents wrote.

So when Sex and the City's Carrie Bradshaw famously asked: "To be in a relationship, do you have to put your single self on a shelf?" we now know the answer is: yeah, kinda.

How to win at the moving in game: If you're planning to move in with your significant other, there's an easy solution to this problem, though it's somewhat counterintuitive: Spend more time away from your spouse. Researchers suggest "taking some time for yourself, socializing away from your spouse and engaging with personal hobbies" may help you feel more independent and personally fulfilled. Hanging out with friends on your own also has the added benefit of increasing overall relationship satisfaction.

Spending time away from your partner will also help you feel better about yourself and your relationship later on down the road. In fact, past survey findings  have found that people who "lose themselves" in relationships tend to regret the decision later on. Soulsby told Mic that such regret is likely avoidable if partners "maintain individual friendships" and continue participating in outside activities.

In other words, one of the most important elements of succeeding at the cohabitation game is to continue letting your individual identity shine throughout the course of the relationship. Or as the Spice Girls might put it, "Set your spirit free. It's the only way to be."