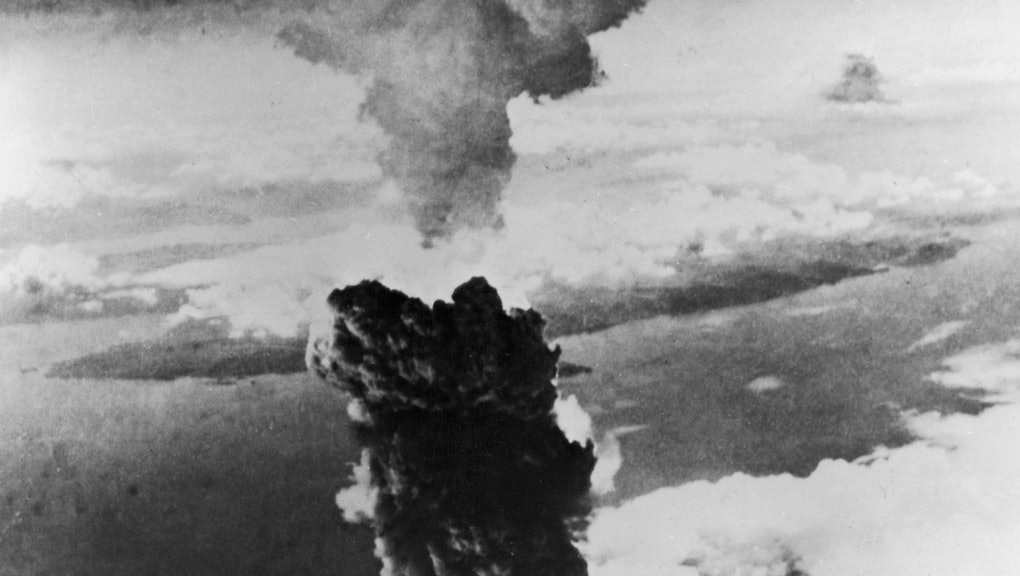 Seventy years ago today, the United States dropped an atomic bomb on the Japanese city of Hiroshima. Three days later, a second bomb was dropped on the city of Nagasaki. The two blasts are estimated to have killed at least 125,000. While there were also many survivors, there was only one man who's officially recognized to have come out from both: Tsutomu Yamaguchi.

On Aug. 6, 1945 a 29-year-old Yamaguchi was visiting Hiroshima on business and had been walking to his office. In an interview with ABC News Australia, Yamaguchi spoke of the horror he felt that day. He described that it appeared as if the "sun had fallen."

In his 1946 New Yorker article profiling survivors like Yamaguchi, John Hersey, who visited Hiroshima after the blast, talked about what that hell was like. Hersey offered a graphic snapshot of how the explosion affected those who lived.

"Their faces were wholly burned, their eyesockets were hollow, the fluid from their melted eyes had run down their cheeks. (They must have had their faces upturned when the bomb went off; perhaps they were anti-aircraft personnel.) Their mouths were mere swollen, pus-covered wounds, which they could not bear to stretch enough to admit the spout of the teapot."

Yamaguchi was lucky: Though he suffered severe burns, he was able to escape the city by train after the blast and head back to his hometown... Nagasaki.

While Yamaguchi relayed what had happened in Hiroshima to his disbelieving boss, the U.S. dropped another atomic bomb. It was another city obliterated; once again, Yamaguchi survived.

Amazingly, while thousands of other survivors of either blast went on to live tragically abridged lives due to subsequent radiation poisoning, Yamaguchi strove on, more or less healthy, until 2010, dying of stomach cancer in Nagasaki at 93.

In his later life, he became an activist for nuclear disarmament. "As a double atomic bomb survivor I experienced the bomb twice, and I sincerely hope that there will not be a third," he told an audience in New York in 2006, the Independent reported.