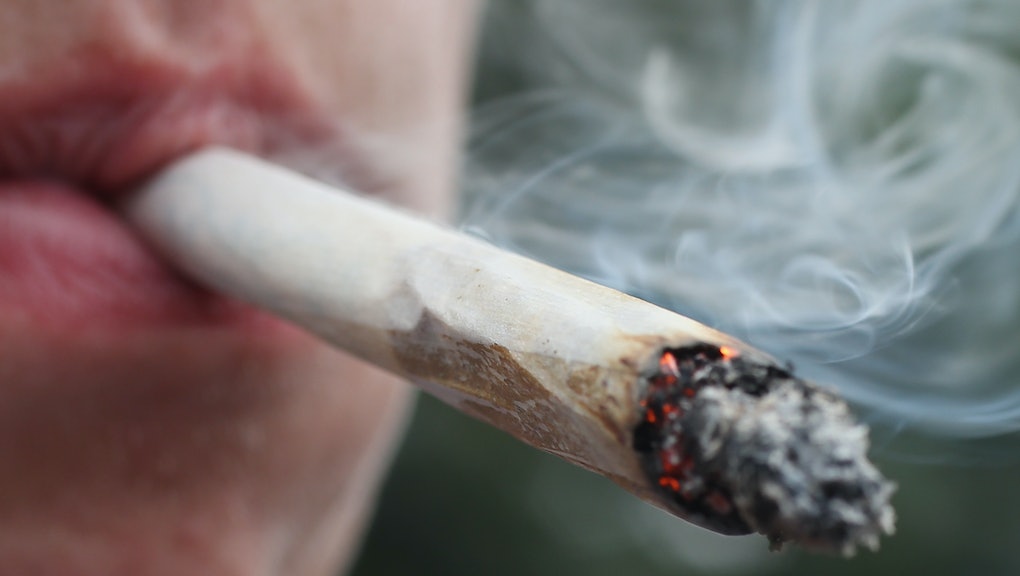 The Head of the DEA Made a Remarkable Admission About Marijuana

Of all the puzzling policies that the United States holds when it comes to marijuana, the Drug Enforcement Agency's classification of it as a "Schedule I" drug may be the most curious of all. The Schedule I label places it in a class of drugs considered to have the highest potential for abuse. It means the government has determined that it is devoid of medical value. It has ensured marijuana's role as one of the central targets of the war on drugs. It signifies that, in the eyes of the law, marijuana is as dangerous as heroin.

But recently the DEA made an admission that chips away at marijuana's position among the most strictly regulated drugs in the country.

First, last week, the acting DEA chief Chuck Rosenberg said the following to reporters during a conference call, according to U.S. World & News Report: "If you want me to say that marijuana's not dangerous, I'm not going to say that because I think it is. Do I think it's as dangerous as heroin? Probably not. I'm not an expert."

Rosenberg's statement caught the attention of drug policy observers — and not because he decided to describe himself as as "not an expert" when, by definition, his job requires him to be. It was striking because it implied that there was some daylight between him and his predecessor, Michele Leonhart, who famously refused to say whether or she thought crack and heroin are worse for someone than marijuana. Rosenberg's remarks suggested there may be some shades of gray among the drugs designated the most dangerous in the nation.

Then this week, Rosenberg evolved further. At a press briefing on Wednesday, he told reporters that "heroin is clearly more dangerous than marijuana," according to the Huffington Post. Rosenberg said he still considers marijuana to be "harmful and dangerous," but was willing to make a make a firm distinction between it and other substances.

Why it matters: Rosenberg's willingness to distinguish between the hazards posed by heroin and marijuana doesn't necessarily undermine its status as a Schedule I drug. It could of course be classified as less dangerous than heroin and still be considered extremely dangerous. But it's a departure from the equivalence between the two implied by the DEA's previous rhetoric and policy.

Marijuana has been named among Schedule I drugs for decades, but this new language suggests that could change. The admission that marijuana isn't as dangerous as heroin naturally leads to another question: Just how dangerous is it? If the DEA publicly brings any serious health-related studies of marijuana to bear upon its treatment of the drug, momentum will build to reschedule it.

In fact, some of that pressure is already growing within the federal government itself. Earlier this year, the the National Institute on Drug Abuse revised its stance on the medicinal value of marijuana, admitting that the drug can have a "dramatic effect" on brain cancer, based on a groundbreaking 2014 study out of St. George's, University of London. That's in direct contradiction with marijuana's Schedule I status, which signifies it has no medical value.

And in February, the U.S. surgeon general spoke rather open-mindedly about the possible worthiness of studying marijuana for medicinal use.

"We have to see what the science tells us about the efficacy of marijuana," Surgeon General Dr. Vivek Murthy said in an interview on CBS This Morning. "We have some preliminary data that for certain medical conditions and symptoms, marijuana can be helpful," he continued. "We have to use that data to drive policy-making."

The irony is that marijuana's Schedule I status is precisely what has prevented data-driven policy-making. Because the drug is so tightly restricted, it's extremely difficult for most researchers in the U.S. to study its health effects.

But should Congress pass legislation rescheduling the drug, as it has attempted to do in the past, that could all change.