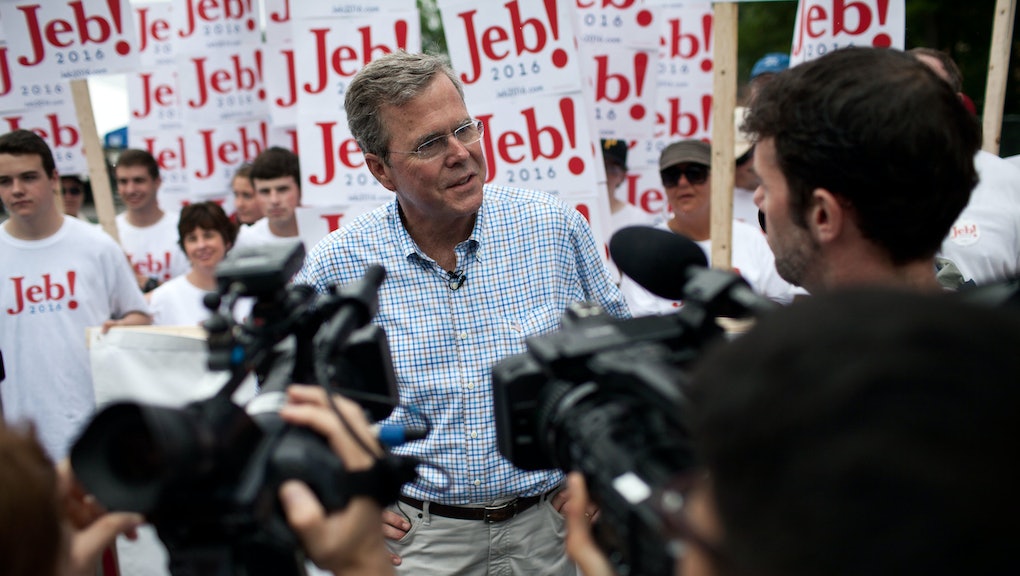 Jeb Bush, the Republican governor of Florida from 1999 to 2007, is a 62-year-old from Midland, Texas, son of the 41st president of the United States, President George H.W. Bush, and brother to the 43rd president, George W. Bush.

With the GOP debates kicking off Thursday in Cleveland, voters are becoming familiar with the household names Republican candidates like former Bush are making of themselves. However, there is still a lot to be discovered about Bush, and where he stands on the issues.

On immigration: Bush has already made his stance on certain national issues abundantly clear. The politician posted his proposed immigration policy on his official website, which is comprised of six separate proposals that aim to strengthen the nation's borders and provide a plan for illegal immigrants already living in the United States. He sums up his proposals for immigration in America, while also taking aim at President Barack Obama's stance on the issue, thusly:

"While passions run high on this issue, there is no rational plan to deport millions of people that the American people would support. It would disrupt communities and families and could cost taxpayers hundreds of billions of dollars. The policies I am advocating can ultimately receive bipartisan support in Congress and become law. President Obama has had six and a half years to address our broken immigration system. Instead of leading the nation towards consensus, he has divided the country. One has to ask whether he is more interested in providing a wedge issue for his party than a solution for the country. There should be no doubt where I stand. I am committed to addressing the problem of illegal immigration in a comprehensive fashion so that we can respond to the legitimate concerns of the American people and build stronger support for legal immigration, which if done properly can be a catalyst to bring us to strong, sustained economic growth that will benefit every American.

On student loan debt: Although Bush has yet to take a public stance on paying for higher education, his track record reveals some insight into how he might approach the topic. The Huffington Post reports the governor is a major supporter of the Common Core, and has held some tough talks on financing national universities before.

The Republican also expressed the need for universities to be held accountable for costly financing student graduation rates during a discussion in March hosted by Clemson University.

When discussing the costly burdens students and their families face in paying for college education, Bush said student loan programs should be designed to have "more accountability so at least parents and students know which universities are really fulfilling their mission of getting students out of college with a degree that will allow them to have a job," according to the Greenville News.

On gun control: Despite the recent mass shootings in the United States and President Obama's call on lawmakers to push for stricter gun control, Bush appears to be opposed to reforming the nation's gun laws in the way the president would prefer. The Los Angeles Times reported that Bush said in a June Las Vegas town hall event that he doesn't believe tougher restrictions on guns would have prevented any casualties.

Instead, Bush has said the focus of these mass shootings should be redirected toward improving access to mental health services. Bush also supported and signed into law the "stand your ground" bill in Florida, a law championed by the National Riffle Association, which allows citizens to use deadly force if they feel threatened in public places. The law specifically states a Floridian "has no duty to retreat and has the right to stand his or her ground and meet force with force, including deadly force."

Still, Bush's stance on the issues may vary as his campaign for presidency continues to build. He is currently the second highest polling candidate for the GOP nomination, behind real estate tycoon Donald Trump. While his campaign seems to be picking up right in time for the first national GOP debate on Thursday night, there's no telling just what policies he might propose on these issues and many others.