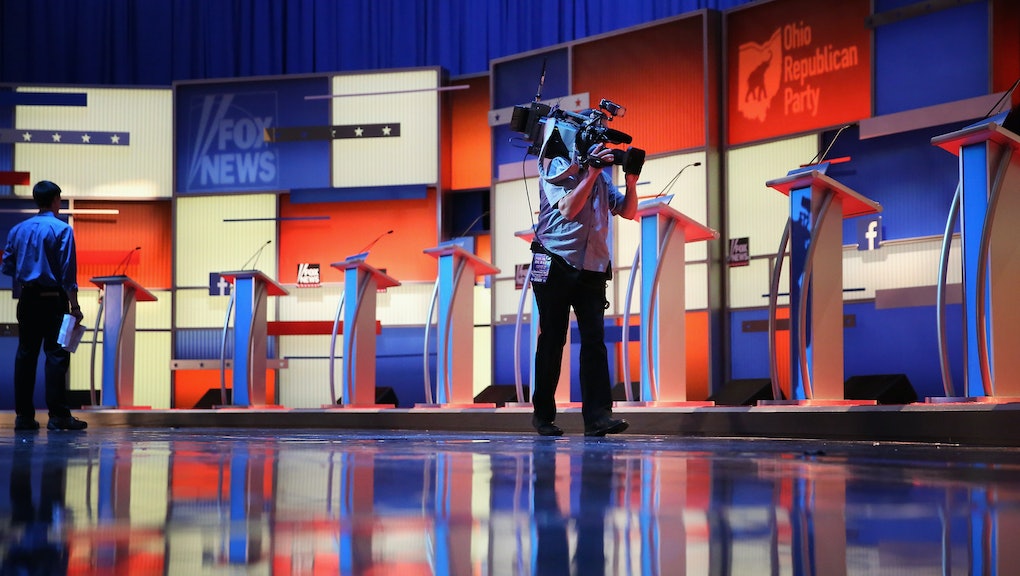 The early debate is scheduled for 5 p.m. EDT, four hours before the main presidential debate, and last about an hour. It will air on Fox News and be hosted by America's Newsroom co-anchors Bill Hemmer and Martha MacCallum.

"We're calling it the happy hour debate," Republican consultant Brett O'Donnell, who's helping Graham prepare for the debate, told The Hill. "It's going to be more substantive and give you a real opportunity to show you're ready to be president, as opposed to just ready to take on Donald Trump."

Candidates taking part in the happy hour debate had mixed feelings about being left out of the main event. While Perry tweeted and Fiorina said that they looked forward to the pre-debate debate, Santorum communications manager Matt Beynon said excluding seven presidential candidates based on polling seven months ahead of the actual primary elections was "preposterous."

"My sense is that all of them still see this as an enormous opportunity," Fox's Hemmer told Crain's Cleveland Business. "There are some who are fairly well known, and others who are not recognizable. There's an audience that's hungry to learn who they are and what they represent."

Taking center stage will be Trump, who's been leading in national polls. He said he plans to play nice. "I don't want to attack anybody," Trump said on Good Morning America. "Maybe I'll be attacked and maybe not. I'd rather just discuss the issues, but certainly I don't want to attack."