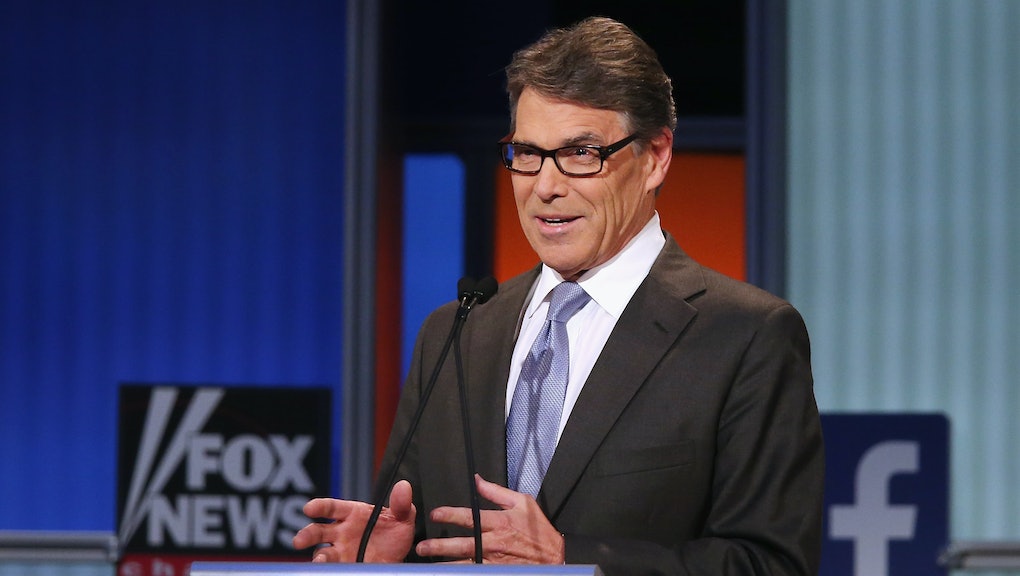 Only a handful of people attended the warmup to Thursday night's much-anticipated first Republican debate, scheduled for 9 p.m. Eastern on Fox News.