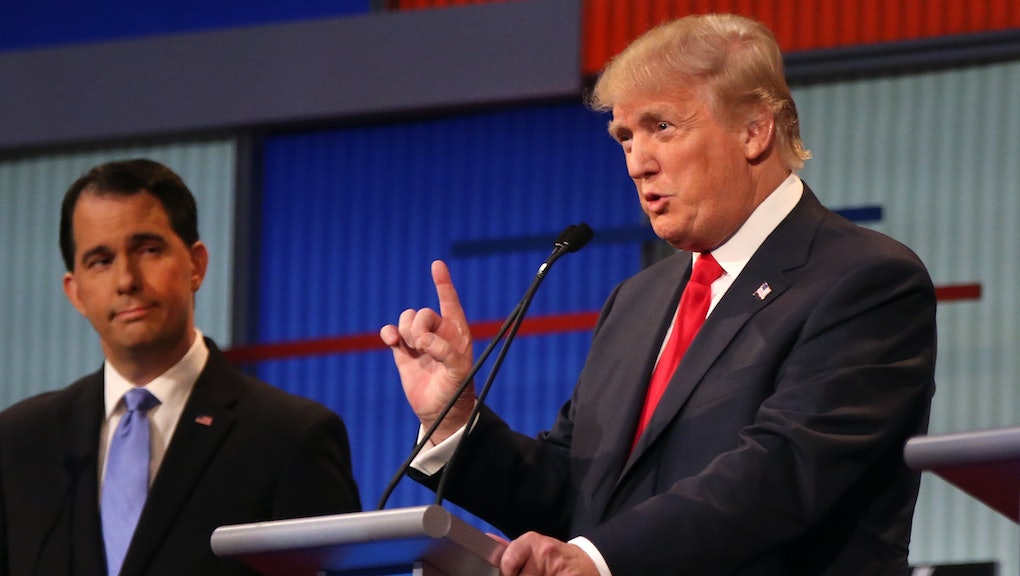 Megyn Kelly may be a divisive figure among women, but on Thursday night, she was a feminist hero.

The Fox anchor's first question to Donald Trump during the primetime Republican debate in Cleveland wasn't about his views on foreign or domestic policy — it was about his undeniable public history of misogyny. Kelly didn't hold back in her question asking him why he calls women he doesn't like "'fat pigs,' 'dogs,' 'slobs' and 'disgusting animals.'"

Trump added fuel to the sexist fire by interjecting and specifying that he only uses those terms for Rosie O'Donnell, a vocal critic of the business mogul. For what it's worth, O'Donnell tweeted shortly after his comment:

Frankly, Kelly could have also questioned Trump on the accusations of alleged rape of his former wife Ivana and his backward comments in which he reportedly called a breastfeeding woman "disgusting," but she only had so much time to list all of the many horrible things he's said about half the population.

Trump seemed unprepared for the question and pivoted it back to something that's more in his wheelhouse: talking about himself. He went on to defend his comments about women and stressed that his tendency to be aggressively callous towards women somehow makes him a better politician.