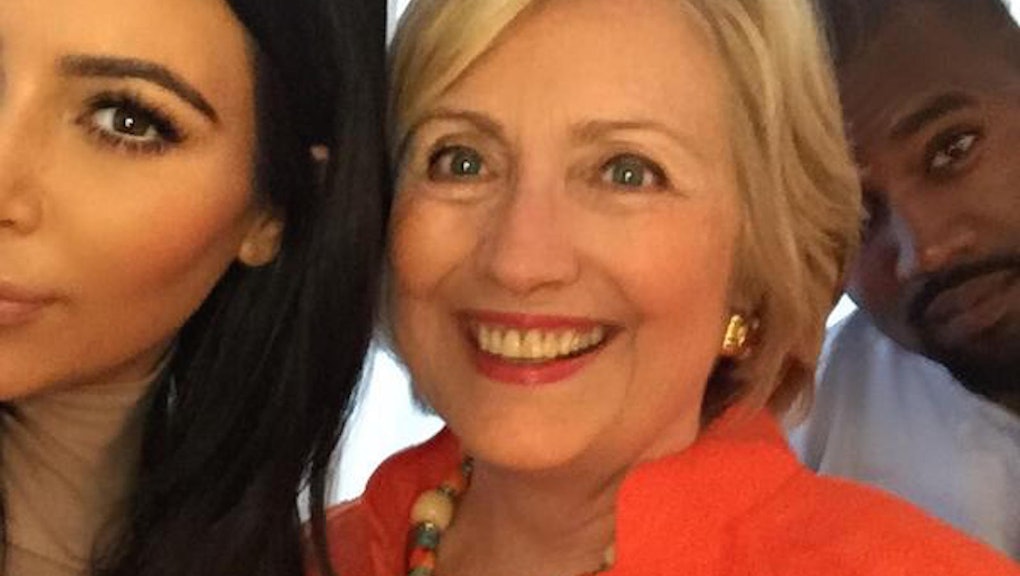 Between 9 p.m. and midnight on Thursday, much of the country was transfixed on the back-to-back television moments of the first Republican presidential primary debate and Daily Show host Jon Stewart's last show.

Much, but not all.

For the famously famous Kim Kardashian West and her husband Kanye, the night proved an opportunity for the perfect selfie with Democratic front-runner Hillary Clinton. Generating more than 5,000 retweets in mere hours, the evening Twitter post resonated far beyond anything said at the Republican main event or the "happy hour" debate held at 5:00 p.m.

The photo was taken at a $2,700-per-person Los Angeles fundraiser for the candidate. Before the event, the reality star endorsed the former senator and Secretary of State in a since-deleted tweet with several spelling and grammatical errors.

The tweet/fundraiser also appears to confirm that Clinton, too, skipped the Republican's big night, fulfilling a previous promise. The first Democratic primary debate is set for Oct. 13 in Nevada and will be hosted by CNN. The Republicans will meet again on Sept. 16 at the Ronald Reagan Presidential library.