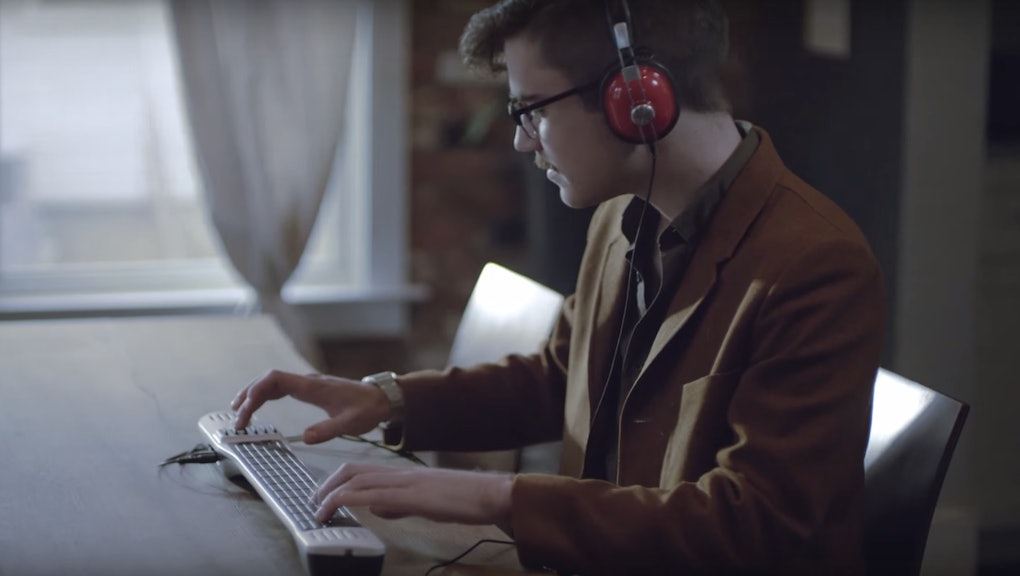 Tech and Artificial Intelligence Are Changing Music as We Know It. Here Are the 6 Big Ways

Technology in music is about so much more than the EDM craze. The latest developments in science and tech are overhauling how music is written, produced and performed — and they have wild implications for the future of artificial intelligence.

In August, a professor at the University of Arizona School of Music was granted funding by the Department of Defense to build a piece of software that, using decades of musical performances from greats like John Coltrane, Miles Davis and Louis Armstrong, can improvise along with a live musician. Essentially, the program is the smartest practice tool in existence. It changes the game for aspiring musicians. And it's way, way more than that. The software could harness intelligent musical improvisation to try to decode human creativity and communicate with people in a more human way.

That's just the latest. Thanks to the exponential rise of artificial intelligence, music tech is careening into the future. Here's how.

An artificially intelligent robot can create songs without human interference.

A computer system called Melomics uses what's called nonconventional evolutionary algorithms to compose music without human help. It was originally a research project begun by students at the University of Málaga in Spain, teaching the system to build out maps of music. What's novel here is how Melomics treats the data, or the notes and structures, like a similar software would treat animal genomes, sequencing them according to bio-inspired algorithms and rocking out on a digital synth. Its songwriting improves with every attempt.

It's since been used to "write" several albums, and all the music is part of the public domain. More surprising: The songs are actually pretty great.

Composers can simulate huge classical compositions — something that used to take months.

In the time of the great classical composers, there wasn't composition software, much less electronic computing. Anyone who wanted to compose a song for an orchestra, even just to hear how it would sound, would need to write the entire thing out, which would take days if not months to accomplish.

A musician and scientist named David Cope developed the Experiments in Musical Intelligence program, which he used to compose Zodiac, 12 short works based on what a computer program estimated would be Cope's next move. Through knowing Cope's music, the program could give him the next measure, the next 10 measures or the rest of the song.

"I decided I would just go ahead and work with some of the AI I knew and program something that would produce music in my style," Cope said, according to the Computer History Museum. "I would say 'ah, I wouldn't do that!' and then go off and do what I would do. So it was kind of a provocateur, something to provoke me into composing."

If you put the compositions, like his Vivaldi-like piece "Taurus," in front of a live orchestra, neither they or the people hearing the music for the first time would know it was generated by an algorithm.

We'll have an instrument that imitates all instruments.

A Nashville-based musician named Mike Butera created the Artiphon Instrument 1. Depending on how you play it, and what settings you use, it can be a drum set, guitar, piano, sitar, ukulele or anything you can imagine.

"We chose the name Instrument 1 partly because we want people to approach it as a blank creative canvas," Butera told Mic in March. "Software lets you make any sound, but hardware instruments tend to do just one thing. It's either a keyboard, a guitar, a DJ controller, etc. We envision musical multi-instruments that can flexibly adapt to however you want to play."

The instrument, which looks like a plastic neck of a guitar modded up with buttons and dials, can be plugged into a smartphone, tablet or laptop and works congruently with common music apps, including GarageBand. It hasn't begun shipping yet, but an umbrella instrument that can imitate scores of other instruments could change how musicians approach composing. Because the Instrument 1 can go from drum set to violin in a matter of seconds, it could prompt musicians to teach themselves the fundamentals of instruments they've never touched before.

We'll have tools to turn a drum set into a multipurpose workstation.

As Kiran Ghandi, drummer for M.I.A., put it, being a drummer means mashing buttons doesn't come naturally. So music tech company Sunhouse developed Sensory Percussion, a system that turns every part of the drum into a unique sound trigger, making a single drum capable of triggering multiple sounds, from a boom to a clack to a jingle, instead of a traditional trigger system's single tone.

That means, in a single drum set you could have a library of violin sounds, or a whole world percussion section, or even the vocal samples from Daft Punk's "Harder, Better, Faster, Stronger" — all triggered by a strike of the stick.

"I don't think it'll just be drummers," Nicolas Ley, drummer for the Flaming Lips, told Mic. "It'll be DJs and electronic musicians that want more movement onstage. It can be pretty boring to sit there and watch someone look at a computer screen. But break out that melodic part or vocal hook of a song and play it and people can see my arms moving — all that will go into it as well."

The price for a decent violin you'll keep for a while is in the thousands. Even on the terrible-sounding low end, you're still looking at a few hundred dollars. But with the help of a violinist named Laurent Bernadac, a French company called 3Dvarius designed and printed a fully playable electric violin shaped like a transparent fish.

To be fair, an electric instrument like this doesn't need all the intense attention to detail it takes to build a perfect acoustic violin. But since electric violins also cost in the thousands, 3-D printed violin blueprints could mean a dramatic decrease in price. Affordability could be the key to adding a number of instruments like this into school music programs.

All of this new technology could give musicians failsafe musical companions and cut thousands off the price of instruments. Don't be afraid of musicians being replaced by artificial intelligence or robots. Technology lets us approach and access music in a different way.

Before long, we might see robotic musicians used to supplement living musicians, helping to compose a new variety of music that couldn't be created with the human mind. In that sense, robots may usher in the next era of original music.