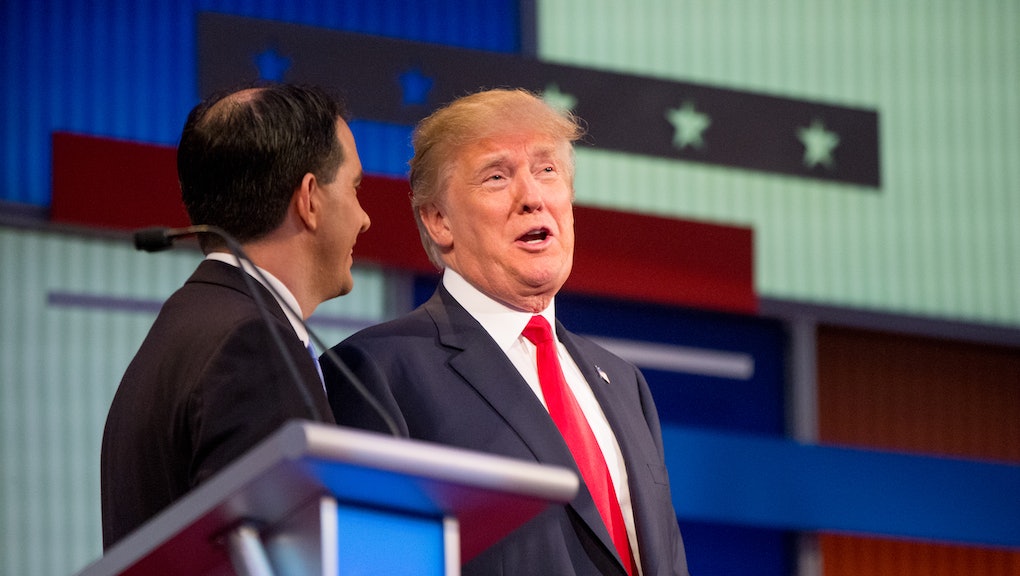 The backlash from this week's Republican presidential primary debates is catching up to Donald Trump.

On Friday night, Trump told CNN's Don Lemon that he was unfairly grilled by Fox News' Megyn Kelly during the debate about a series of unflattering, sexist comments he has made about women over the years — and somehow managed to only dig the hole deeper, implying that Kelly had simply been mad because she was on her period.

"Well, I just don't respect her as a journalist," Trump said, adding that "I'm not getting paid for this."

On Twitter, Trump backpedaled and explained that he was referring to Kelly's nose, not her hormonal state.

The damage was done, however. Erick Erickson, founder of popular right-wing blog RedState, announced in a post to the site that "I have tried to give a great deal of latitude to Donald Trump in his run for the Presidency" but that "decency is one of those lines" that all candidates must refrain from crossing. Erickson uninvited Trump from the upcoming RedState Gathering, instead inviting Kelly to appear in his place.

Trump, in turn, responded with a statement calling Erickson a "total loser" and insisting that "only a deviant" would interpret his comments as referring to period blood. The statement also added "it is an honor to be uninvited from his event."

As Crooks and Liars points out, however, Erickson's long track record of similarly sexist comments (including calling former Texas state Sen. Wendy Davis an "abortion Barbie") calls into question whether Erickson really found the comments offensive or was looking for an excuse to turn against the increasingly toxic Trump brand. After all, Erickson didn't seem to care when Trump called other women "fat pigs, dogs, slobs and disgusting animals."

Conservatives looking to jump the Trump ship, however, find themselves in an awkward position. Since a sizable portion of Republicans still seem to be on Trump's side, how damaging the remarks will be to Trump's poll numbers in the long run remains to be seen.